Tough Sell: Condé Nast Aims to Replicate Paywall Success Across Portfolio
The company says it's all-in on paid content, but will the strategy be a boom or a bust? 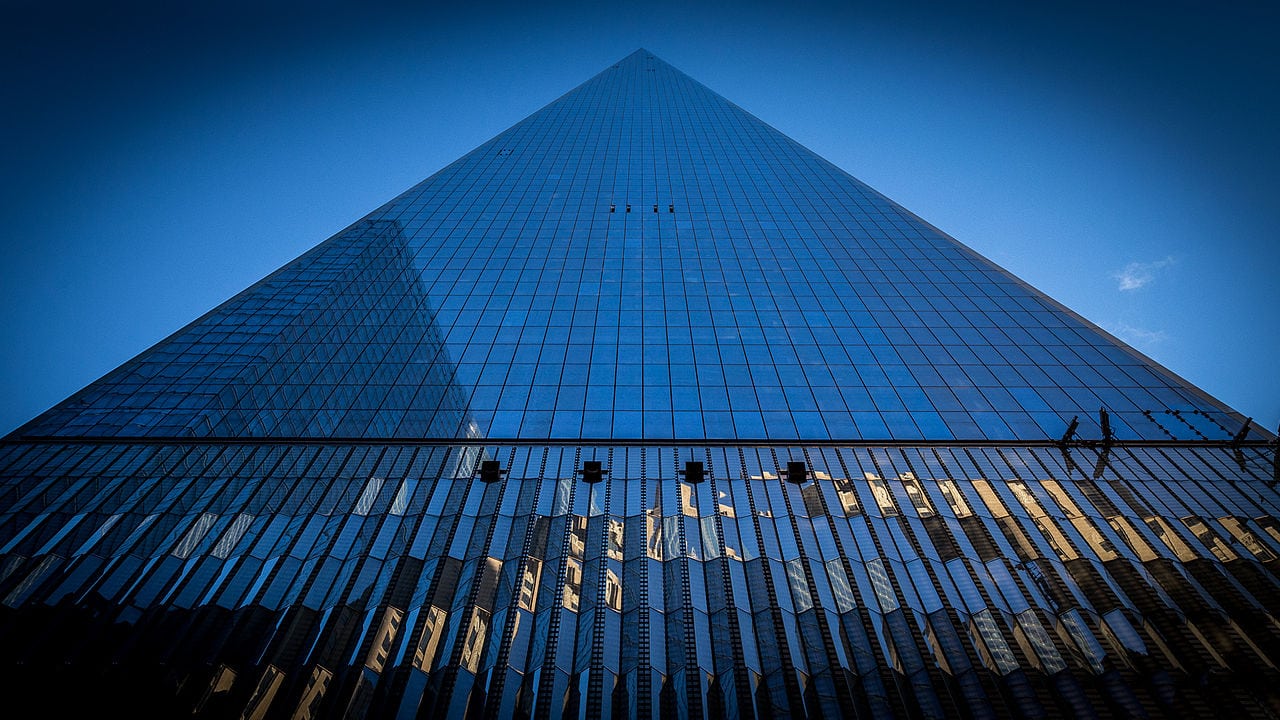 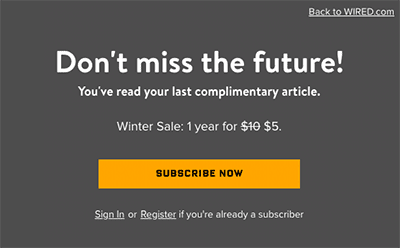 News that Condé Nast intends to implement some form of a paywall on every brand in its digital media portfolio—which attracts more than 100 million total unique visitors each month—was quickly supplanted in the media-news cycle last week by ensuing bloodbaths at Buzzfeed and HuffPost, two of the internet’s most prolific purveyors of free content, as well as the century-old newspaper publisher Gannett, about as “legacy” as legacy media gets.

Though certainly momentous, the announcement from Condé Nast wasn’t altogether shocking or without foreshadowing. One of the company’s crown jewels, The New Yorker, has limited the availability of free content on its site for nearly five years. Stablemates Wired and Vanity Fair followed suit last year, and the ability to even consider the prospect of charging readers to make up for lost ad revenue has become the object of many a media company’s envy across the broader industry.

“I don’t think anyone should be surprised to hear that a publication is going behind a paywall these days,” says Sean Griffey, founder and CEO of the digital-first B2B firm Industry Dive. “What is surprising to me is the blanket statement that all Condé Nast publications will go behind a paywall. A paywall can be a viable model for a publication, but it isn’t a viable model for every publication. The business model has to match both the content strategy and audience.”

“First, I hate the word paywall,” adds Jay Kirsch, president of media at ALM. “Nobody calls their subscription to Netflix a paywall. When you create quality content and services, people want and expect to pay for them. But it’s not just a good idea, it’s a requirement for media companies to move in this direction.”

Condé Nast rarely discloses its finances or sales figures, especially as they pertain to individual brands, but both The New Yorker and Wired saw upticks in digital traffic last year, and Vanity Fair’s 2019 media kit boasts 16.5 million monthly uniques—indicating that the paywall has, at least to this point, not precipitated a significant decline in online audience.

But these are among the company’s most high-profile and prestigious titles. Condé Nast appears to be betting that the same model is applicable to the other 18 brands in the portfolio, from Allure and Bon Appétit to Self and Teen Vogue.

“Subscription models work when people believe they’re necessary,” says Elizabeth Spiers, founder of Breaking Media, founding editor of Gawker and former editor-in-chief of the New York Observer. “Part of the value of a New Yorker digital sub is access to the archive. I don’t know that the other titles have anything equivalent. There’s also a prestige value in subscribing to The New Yorker, which is why a lot of people are happy to have piles of them lying around unread. It’s hard to point to another Condé title that works that way.”

Condé Nast has left itself some room for flexibility in terms of what form the various paywalls will take, at least according to Samantha Barry, editor-in-chief of the now digital-only Glamour, which unveiled its redesigned website days after the paywall news broke.

“Here’s the thing about paywalls,” Barry told Cheddar in an interview posted Wednesday. “One of the great things at Condé Nast is that we can learn from the other publications. I think the paywall will take different variations based on the publication. We’re in the exploratory phases of what that looks like for Glamour.” 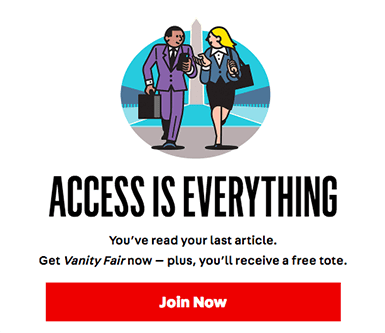 Barry left open the possibility of paywalling only certain “niche content,” like motherhood or career-related articles. As for learning from the other publications, The New Yorker, Vanity Fair and Wired each appear to be in agreement that the ideal limit is four free articles per month, after which readers must purchase a subscription, but pricing varies greatly.

Vanity Fair offers an introductory rate of $15 for a year of print and digital access, with renewal rates of $29.99 per year for print and digital and $19.99 for digital-only. Wired offers the same renewal rates, but dips as low as $5 for an introductory year’s subscription, including an ad-free digital experience. The New Yorker‘s renewal rates are considerably higher: $99.99 annually for digital access, $149.99 for a bundle subscription, which includes 47 print editions (both packages include the iconic tote bag).

“Today, you can get a year’s subscription to Golf Digest for $12,” adds Griffey. “It will be interesting to see how much they charge for a digital subscription. It certainly is going to have to be more than $12 for it to be material to their business. To me, that implies that they will need to invest to produce additional premium content. It remains to be seen if that equation is economically viable.”

It’s worth noting that several Condé brands do offer additional subscription-based products at higher price points, including Golf Digest, whose “All Access” on-demand instructional video package debuted at $99 annually last year, around the same time as Vanity Fair‘s paywall. Since 2011, Allure has offered $150-per-year subscriptions to its beauty boxes. But others, like Architectural Digest, Bon Appétit and Self have spent much of the past two years endeavoring to make themselves more accessible to the same millennials who grew up in an era of ubiquitous free content online, especially from lifestyle brands.

“I think readers view [lifestyle publications] as somewhat dispensable, even when they love them,” adds Spiers. “And I’m not saying no one will subscribe. But you have to be prepared financially to build with a small audience of diehards, because you’re not going to convert the casual readers if you make them pay. If they can weather seeing their traffic drop, and figure out how to better monetize the diehards, maybe it can work. I don’t think they’re prepared to lose that display inventory, though.”

But such a move likely would not be made without a preponderance of analytic evidence to back it up, especially at Condé Nast, which been investing in its own audience data tech at levels generally reserved for B2B publishers.

“The user data they have may tell a very different story in terms of the number of potential subscribers for each,” says Kirsch. “Power users of any media product are the core target for subscription sales and only Conde knows the details of that group and how they overlap with the audiences at other brands.”

While Pamela Drucker Mann, Condé Nast’s chief revenue and marketing officer, told the Wall Street Journal that she isn’t anticipating any loss in digital audience as a result of the paywalls, such a downturn would presumably be cause for concern for a company that’s been pursuing mass scale for the better part of two decades. Advertising—both print and digital—remains an indispensable piece of the company’s revenue pie, but Griffey says advertisers are unlikely to be rattled by the shift itself.

Rather, “the audience adoption of the paywall will be a powerful signal to premium advertisers,” he adds. “If the uptake on subscriptions isn’t robust, would a premium advertiser want to do a large custom campaign with a brand? The risk is that a failed paywall not only fails to deliver subscription revenue, but also signals to advertisers a lack of loyalty to the brand.”

Kirsch goes even further. “It tells them [Condé Nast] has a ton of confidence that the readers of these brands are committed and engaged,” he says. “It should give advertisers confidence.”

As the strategy manifests itself over the coming months, it’s safe to assume that the industry will be watching, and Condé’s competitors are no exception.

“Meredith does not currently have any paywalls,” says Andy Wilson, SVP of consumer revenue at Meredith Corp. “We’ve tested paywalls in a limited fashion with various titles in the past; however, our non-paywall experience has consistently outperformed a paywall experience in those tests. We are focusing our digital efforts on growing our audience engagement and diversifying our revenue streams beyond advertising (e-commerce, lead generation, memberships) and will continue to evaluate paywalls in the future.”