CEO Bob Sauerberg to Depart Condé Nast
The company will create the role of global chief executive officer and following the hire, CEO of Condé Nast International Jonathan Newhouse will also step down. 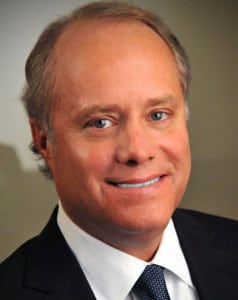 Bob Sauerberg is out as Condé Nast’s CEO after just over three years at the helm, and the search for an outside hire to fill the new role of global CEO is underway.

According to an internal memo sent by Jonathan Newhouse and Steve Newhouse, on behalf of the Condé Nast board of directors, that was shared with Folio:, this leadership change was made in an effort to integrate Condé Nast and Condé Nast International, both of which have been undergoing major changes in the past year, in an effort to refine their “growth strategies, accelerating innovation and developing the right organizational structures.”

“As a consequence of this decision, we have launched an outside search for a CEO with global experience to run Condé Nast,” said the company’s board of directors in a statement.

Following the new hire, Jonathan Newhouse, current CEO of Condé Nast International will step down from his role and become chairman of the board of directors. Sauerberg will continue on in his role until the transition is completed and then intends on leaving Condé to “pursue other opportunities, including his representation of Advance on the board of Reddit.”

Sauerberg, who joined the company in 2005 as EVP of consumer marketing, was promoted to president in 2010 and then to CEO in 2015, succeeding Charles Townsend, who moved to the role of chairman. And prior to joining Condé, Sauerberg served as the chief operating officer at Fairchild Publications. 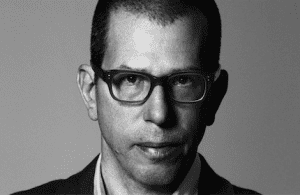 During his tenure as CEO, Sauerberg was instrumental in launching Condé Nast Entertainment in 2011, as well as leading the transition to a digital-first model, which has recently been displayed in the shuttering of Glamour‘s regular print run after 80 years last week, and Teen Vogue going digital-only last year.

Condé had recently been undergoing other major changes as a company, including the recent combination of the U.S. and UK versions of Condé Nast Traveler under one editor-in-chief, Melinda Stevens, who has served as the EIC of the UK edition since 2012. Additionally, last month Condé’s U.S. revenue-side saw major shake-ups in leadership under chief marketing officer Pamela Drucker Mann.

During the transition, other senior management will remain in their roles, including president of the international division, Wolfgang Blau. The company also announced that it intends on continuing its business as usual, and will plan on the continued operation out of its headquarters in New York and London.

“Our business is increasingly becoming more global, as we continue to innovate in video, agency, conferences, consumer products, data and other brand-aligned projects,” said the board of directors in the statement. “We have concluded that the time is right for us to combine our U.S. and international companies to realize the full potential of Condé Nast for our audiences and our business partners.”

This is the second top executive to leave one of magazine media’s three largest publishing houses this year, with David Carey stepping down as president of Hearst Magazines in June. Additionally, Steve Lacy transitioned from CEO to executive chairman of Meredith Corp. after 12 years in his role in January, with Tom Harty succeeding him.

Update: An earlier version of this story stated that Steve Lacy had left Meredith Corp. Lacy is still with the company as executive chairman, having transitioned out of the CEO role in January.