Cenveo Shutters Cadmus Printing Plant Amid COVID-19 Downturn
"Several publishers have cancelled or delayed their print projects," the company said in a WARN Act notice filed in Virginia this week. 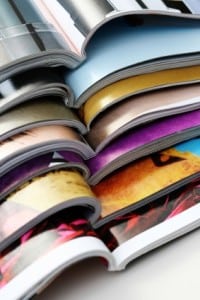 Commercial printer Cadmus Communications is shuttering its Richmond, Va. printing plant and will lay off up to 184 employees by May 31, according to a WARN Act notice filed by parent company Cenveo Corp. this week.

“The COVID-19 pandemic has adversely impacted our customers’ businesses and, in turn, has diminished the available work at the facility,” the notice reads. “One large customer has ceased all work permanently, several publishers have cancelled or delayed their print projects, and nearly all comic production has ceased.”

“Most” of the 184 employees at the plant are expected to be permanently laid off by May 31, the notice said.

Long operated by Cadmus Communications, which grew to become one of the largest publication printers in North America by the time it was acquired by Cenveo for $430 million in 2006, the Richmond plant specialized in printing comic books, journals, books and magazines, including Richmond Family, Virginia Living, and Virginia Business, which first reported the news of the closure on Wednesday.

Publication printers across the country are suffering from declining revenues, a trend that’s only been accelerated as publishers reduce frequencies or suspend print production during the COVID-19 pandemic.

LSC Communications, which filed for Chapter 11 bankruptcy in April after revenues fell 17% year-over-year in 2019, indicated three days later that it was temporarily closing its Baraboo, Wisc. facility amid a “sudden and unexpected” decrease in purchase orders, according to a WARN Act notice filed in Wisconsin. Before the pandemic struck, LSC had already revealed that it planned to close three other facilities this year, all three of which “were noted for producing relatively large-circulation magazines, including some with print orders in the millions,” the publishing and printing industry blog Dead Tree Edition observed in January.