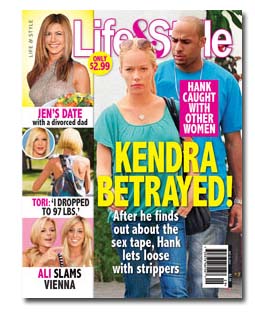 After a tumultuous 2009, during which a measly 18 consumer magazines grew their advertising pages in the face of the economic downturn, the first half of 2010 is shaping up exceedingly more positive. According to the Publishers Information Bureau’s second quarter and first half magazine advertising reports, a whopping 130 titles increased ad pages during the second quarter. The three-month period marked the first time in nine long, hard quarters, that consumer magazines reported gains in both rate card-reported advertising revenue and pages.

PIB-tracked titles reported 43,427.11 advertising pages between April and June, a gain of 0.8 percent versus the same three-month period last year. Meanwhile, estimated revenue for the period closed at more than $5.21 billion, a 5.7 percent increase.

It feels good reporting that.

The strong performance during the second quarter pushed a solid (although not as dramatically up) report over the first half. Ad pages slipped 4 percent while estimated revenues increased 1.2 percent.

Celebrity magazines, which like so many others that saw severe declines in advertising last year, have pulled a 180 so far this year. According to PIB, all but one in the category (Us Weekly) reported double-digit page gains. The biggest jump came from Bauer’s Life & Style, which saw pages grow 40.4 percent to 242.51. Celebrity powerhouse People reported a 15.8 percent gain during the period (to 1,768.68 pages) while sister Time Inc. titles Entertainment Weekly—which many in media thought was headed for oblivion—boosted pages 22 percent (to 502.53 pages).

Here, I’ve taken a look at PIB numbers for some of the other magazine categories that have been hardest hit over the last couple of years. Although the majority of consumer boating titles are continuing to struggle, it appears that other categories are seeing improvement—either in gains or just significantly fewer losses.