The Catch-22 of Magazines and Mobile: Q&A with Rachel Pasqua
Some digital magazines have an audience and ad inventory problem. 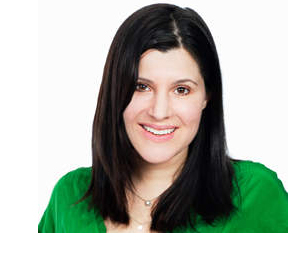 As Folio:’s sister brand min recently reported, Google’s online dominance of digital ad revenue is even more pronounced on the mobile platform. According to eMarketer’s breakdown of where the money is going in digital advertising, the search giant is responsible for 52.36 percent of the ad money spent on mobile this year. Clearly reflecting the power of mobile search in attracting such a large hunk of the pie, Google also owns one of the largest mobile ad networks for display, AdMob.

But what does this market dominance by a single player mean to the rest of the publishing market? min asked Rachel Pasqua, former mobile lead at iCrossing and co-author (with eMarketer’s own principal analyst Noah Elkin) of Mobile Marketing: An Hour a Day, whether Google’s gobbling of the market is good or bad news for magazine publishers.

min: Are you surprised by the massive share of mobile ad spend accrued by a single player?

min: Does this have implications for the rest of the field?

Pasqua: What Google is doing with mobile advertising, in my opinion, is really apples to oranges in terms of what a publisher would be trying to do with its mobile ad strategy which is going to be more rich media/video/display and hence more brand awareness oriented. Google really owns the direct-response slice of the ecosystem which is great for them since that stuff is more easily quantifiable than the brand awareness type ads you might find in, say, a digital edition of Elle Magazine.

min: But relative to Google’s massive scale and accountability, where does that leave a magazine publisher.

Pasqua: So that leads me to a couple of questions and potential answers. Is the question here, ‘can publishers actually get enough mobile ad volume’ in order to adequately monetize their digital editions? I think the answer is there is a Catch-22 because very few publishers have enough of an audience for their digital editions to actually make their inventory appealing for advertisers. Without the audience, you can’t draw the advertisers. But without the advertising revenue, you can’t justifying in the content and marketing you need to build the audience. It’s a vicious cycle for publishers!