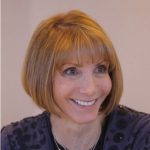 Carol Smith was promoted to SVP and publishing director of Harper’s Bazaar, Elle and Marie Claire, succeeding SVP, publishing director and CRO Kevin O’Malley, who is retiring. Smith most recently served as the VP, publisher and CRO of Harper’s Bazaar since 2011 and in this new role, she will add oversight of Elle’s and Marie Claire’s businesses to her responsibilities.

While at Harper’s, Smith helped to relaunch the brand and created the content-to-commerce platform ShopBAZAAR. Previously, Smith was SVP and chief brand officer of Elle from 2002 to 2010, prior to Hearst’s acquisition of the title from Lagardère in 2011. She was also the founding publisher of Parenting, and following its acquisition by Time, Inc. in 1992, she was appointed president and CEO. 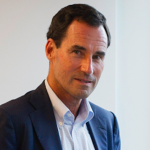 O’Malley has been with the company for a total of 22 years over two different stints, and has held his most recent role with Elle since 2011, before adding Marie Claire to his oversight this year. Prior to that, he served as the VP, publisher and CRO of Esquire from 2003 to 2011, where he experimented with and implemented emerging technologies like AR.

Additionally, before coming to Esquire, O’Malley was the publisher of Men’s Journal and associate publisher of Rolling Stone. He first worked with Hearst in sales and development roles from 1987 to 1993 and was on SmartMoney‘s launch team, a magazine venture launched by the company and The Wall Street Journal in 1991.

“It’s been 37 years since I started working in New York and 22 years altogether at Hearst,” said O’Malley in a statement. “I’ve been thinking about what’s next for some time and made the decision to reset and refocus.”

Here are the rest of this week’s moves… 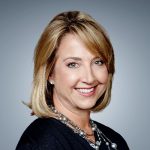 Most recently, Picard served as Getty Images’ VP of sales for the Americas, and before that, she spent four years as Warner Media’s SVP of sales. Earlier in her career, Picard led Time, Inc.’s Branded Solutions division and held several executive roles at Condé Nast, including in the Corporate Sales division and serving as publisher of Bon Appétit. Her first day is on July 15. 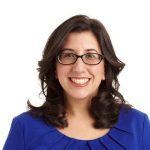 Conte has been with the company since 2010, starting as a deputy editor of Seventeen, before taking on her current role with Woman’s Day in 2012. In addition to her duties as executive editor, Conte was the executive director of the features newsroom for the Hearst Lifestyle Group, where she managed the features content team for Good Housekeeping, Woman’s Day and Prevention. She also served as a senior editor for Woman’s Day from 2008 to 2010, before it was acquired by Hearst in 2011. 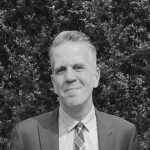 Meredith Corp. appointed Patrick Moffitt as the new managing editor of Parents and Parents Latina, effective immediately. Reporting to Parents editor-in-chief Liz Vaccariello, Moffitt will be tasked with helping lead content operations and contributing content himself. He spent the past 23 years of his professional career at InStyle while it was owned by Time, Inc., and there he held multiple executive positions and eventually became executive managing editor from 2015 to 2017.

Moffitt also previously worked at Condé Nast and Abbeville Press, and most recently freelanced as a production and operations consultant for clients like Marie Claire, Olivela and NYU. 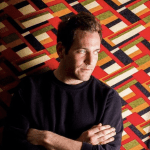 Interview magazine’s Thom Bettridge was named the new editor-in-chief of Highsnobiety, effective immediately. Based in New York, he is succeeding founder and CEO David Fischer and will be tasked with overseeing all editorial content across the digital platform and print publication. At Interview, Bettridge was the executive editor and is credited with leading the legacy title’s relaunch. Prior to that, he was the executive editor of culture magazine 032c.

Modern Luxury Scottsdale named Michael Zivyak as its new market president and group publisher. In this role, Zivyak will be tasked with overseeing all local content, including Scottsdale Magazine. Most recently, Zivyak served as the president of Sonoma Media Investments’ Magazine Division, where he was credited with re-launching Sonoma Magazine and garnering exponential revenue growth. In 2017, he also launched the B2B adult beverage publication Spirited Magazine, and prior to joining SMI, he was the VP/publisher of Seattle Metropolitan Magazine and the CRO of The Fiscal Times. 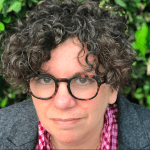 Variety tapped Kate Aurthur as its new editor-at-large. Aurthur has years of experience covering the entertainment industry at BuzzFeed News, the Los Angeles Times and the New York Times, and in her new role, she will be tasked with creating cover and feature stories about the industry for the weekly magazine, as well as breaking news for the website and contributing to video content. Starting August 19, she will report directly to Variety editor-in-chief Claudia Eller and will contribute to the brand’s other franchises like Actors on Actors.

Most recently, Aurthur spent six-and-a-half years at BuzzFeed News as its chief Los Angeles correspondent, and before that, she served as Newsweek/The Daily Beast’s west coast editor and the television editor for the Los Angeles Times.

Joel Franke joined AC Business Media as its news director of digital strategy, where he will be responsible for new product development and working with the executive management team to fast-track the company’s digital growth efforts. Franke comes from Endeavor Business Media, where he was the director of digital business development and helped to launch and execute new products for the company. In his new role, some of his immediate initiatives will include streamlining processes, working with the sales and digital operation teams to implement new products and services and meeting with customers to understand the white spaces that the company can fill.

G/O Media has hired Faiza Javaid as its deputy general counsel. In this role, Javaid will work on business affairs and compliance across the company. She joins G/O Media, formerly Gizmodo Media Group, from The Estée Lauder Companies Inc., where she was assistant counsel. Prior to that, she served as legal counsel for Dentsu Aegis and associate general counsel at Forbes.

Also at G/O Media, Angela Persaud was named SVP and head of talent. In this role, she will be tasked with refining the strategic human resource strategy, with a focus on diversity and inclusion, as well as leading recruitment and retention activities. Persaud will also take a leadership role for union and general team member relations.

According to WWD, former Vanity Fair editor-in-chief Graydon Carter tapped several new staffers from across the magazine industry for his new weekly newsletter venture Air Mail, including several current and former names from the VF masthead: