UPDATE: BusinessWeek Layoffs Begin
Up to 33 percent of staff could be cut, including ‘important’ online people. 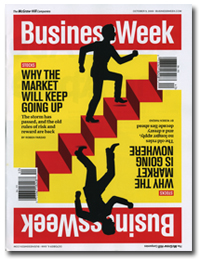 As the sale of BusinessWeek draws nearer and its integration into Bloomberg begins, the company Wednesday kicked off a round of layoffs that could result in as many as a third of the magazine’s staffers losing their jobs. The layoffs, which are expected to finish before the end of the week, could also include some “important” online-side employees, a source familiar with situation told FOLIO:.

Those cuts would not include BusinessWeek executive editor and BusinessWeek.com editor John Byrne, who is said to be remaining with the magazine, despite plans to relocate to San Francisco, the source said.

The Wall Street Journal Wednesday reported that about 25 percent of the magazine’s staff, or about 100 people, would lose their jobs as a result of the layoffs.

UPDATE: According to his Twitter feed, BusinessWeek media columnist Jon Fine is among those who weren’t offered new positions.