The Business of Investigative Journalism
Why a regional like 5280 continues to spend millions on old-school muckraking. 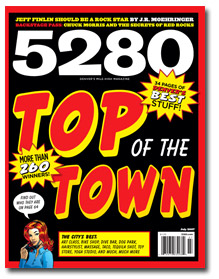 The latest round of media layoffs has even the New York Times worrying that "Muckraking Pays, Just Not in Profit":

Investigative reporting can expose corruption, create accountability and occasionally save lives, but it will never be a business unto itself. Reporters frequently spend months on various lines of inquiry, some of which do not pan out, and even when one does, it is not the kind of coverage that draws advertisers.

With all due respect to David Carr, and at the risk of seeming like a broken record, I’ve got to disagree. Four years ago, I made a commitment that 5280 would do more, not less, long-form investigative journalism. Since then, we’ve done work that, in my humble opinion, rivals the kinds of investigations that Carr praises in his Times essay:

All of this hasn’t come cheap. To do this kind of work, we’ve had to more than triple our staff and increase our editorial budget by nearly $1 million per year. We’ve had to fight off a subpoena from the Defense Department and, in another case, sue the federal government when we discovered evidence that an order had gone out to destroy records we were seeking under a Freedom of Information Act inquiry.

But we’ve seen a tremendous return on our investment. And not just in the form of some very nice awards. In the last four years, 5280’s paid subscriptions have grown by more than 50 percent, while our newsstand sales have grown by a similar amount. In that same time period we’ve more than doubled our ad revenue.

Now, I’ll readily admit that our improved editorial product isn’t the only reason for our growth. The magazine was already doing well, as is Denver itself, and we’re blessed with a great sales and marketing team. But those very same sales reps would be the first to tell you that a great editorial product has made their jobs easier.

To be sure, 5280 is a small magazine in a relatively small city. But there’s nothing about our business model that shouldn’t be valid elsewhere. To sell ads, you’ve got to attract a worthwhile audience. To attract an audience, you’ve got to give them compelling content. All of which convinces me that good journalism can be good business.