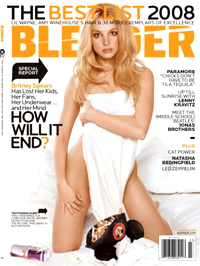 The April issue will be its last.

“Given the reality of the current economic climate, we are unable to continue publication,” CEO Steve Duggan said in a statement.

Approximately 30 people will be laid off as a result, an Alpha spokesperson told FOLIO:.

Alpha will continue to produce Blender.com, the company said.