Is the Facebook Ad Boycott an Opportunity for Publishers?
"What I’m pushing for, broadly, is a sustained reallocation of marketing budget," said one exec. 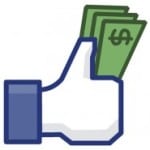 In less than one week, a campaign by a coalition of civil rights groups aimed at encouraging businesses to pause advertising on Facebook’s platforms has already achieved some tangible results.

Last Thursday, the digital ad agency 360i, a Dentsu Group subsidiary whose clients include Burberry, Discover Financial and United Airlines, stated its support for the boycott. A day later, outdoor apparel brand The North Face said it would halt paid advertising on Facebook-owned properties until the company implemented stricter policies to halt the spread of “racist, violent or hateful content and misinformation” on its platforms. In the days since, outdoor retailers REI and Eddie Bauer and The North Face competitor Patagonia, as well as Ben & Jerry’s and a handful of smaller tech brands, have announced similar pledges.

With the news on Friday that the largest company to date, multinational consumer goods conglomerate Unilever, will pull stop advertising on Facebook, Instagram and Twitter in the U.S. for the rest of the year, it’s clear that the message is being heard by marketers ever mindful of ensuring that the environments in which their advertisements appear align with their public-facing corporate values.

For publishers, who have long positioned themselves as brand-safe advertising alternatives to tech platforms, unprecedented scrutiny of Facebook’s $80 billion global advertising business could mean a chance to recoup some lost ground.

“It does present an opportunity,” said an executive at a large digital media company, speaking on condition of anonymity. “I think it’s an important moment for brands to reassess how their actions and their marketing budgets reflect their values as a company. More than ever, employees and customers are holding their companies accountable for following through on the values they are saying to the world.”

None of the media executives Folio: contacted were willing or able to comment on the record; in many respects, publishers have been forced to play ball with tech platforms that have become indispensable business partners even as they’ve contributed to the hollowing out of newsrooms and media organizations across the country. While they eat up an estimated 60% of all U.S. digital ad spending, Facebook and Google remain important distribution channels for online publishers, many of whom promote their own products using Facebook ads. 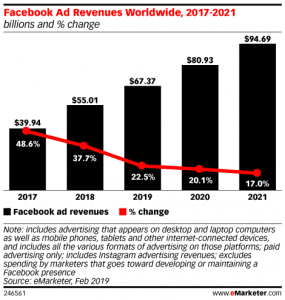 In the past, media executives have been outspoken in their contempt for the so-called tech duopoly. On a panel of industry CEOs at the American Magazine Media Conference in New York in 2017, Meredith’s then-chairman, Steve Lacy, declared Facebook and Google the “real enemy,” more than any competing publisher. A year later, at the same conference, David Carey, then-president of Hearst Magazines, compared Facebook’s apathetic attitude toward the damage it inflicted on society to that of big tobacco in the 1950s.

“For advertisers,” Carey said at the time, “the next piece of that discussion will be, ‘What are we supporting here?’”

While it may prompt Facebook toward self-reflection, a one-month boycott by a handful of consumer brands is unlikely to have much impact on the platform’s ad revenues. What it can help accomplish is the acceleration of a bigger conversation about platform dependency among advertisers, said the executive who spoke to Folio:.

“What I’m pushing for, broadly, is a sustained reallocation of marketing budget. If you just over-index on driving conversions and sales at the most cost-effective price, you’re not capturing full value around trust, transparency, loyalty and premium context. The opportunity to do so with publishers is very much there. This is not a charity reallocation of marketing budget and they shouldn’t approach it that way.”

Amid increased scrutiny of Facebook and the advertisers that support its business, the messaging to marketers is that devoting too much spending to platforms not only presents a misalignment with a brand’s  values, but with its business objectives, the executive said, adding that he does expect some marketing spend to be reallocated from platforms to publishers who can provide a combination of loyal, trusting audiences and broad reach.

“If we can elevate the consciousness to platform dependency, versus tapping into publisher-audience relationships, that’s where the real shift and the real conversation needs to be had. I’m not advocating for any CMO to stop spending with Facebook. I think it’s an important tool in the toolset, but it can’t be the only tool, or one of three tools. I think that’s the piece that brands are starting to wake up to.”

One person who was willing to speak on the record was Jason Kint, CEO of Digital Content Next, a trade association representing more than 50 digital publishers, including Condé Nast, Insider Inc., Meredith Corp. and Vox Media.

“There is no question our members are brand-safe alternatives to Facebook,” said Kint. “As much as we expect these ad dollars to shift towards our premium publishers, this isn’t a tug-of-war. Facebook appears to have determined it can rest on its dominance and protect its toxic business model harmful to democracy rather than acting in the public interest. We think that’s a problem for the entire industry and appreciate the rising voice speaking out against their failed leadership.”