Why Branded Video Is a Must-Have Product for Publishers
Secrets of the top custom content studios. 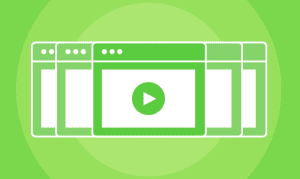 In just under five years, custom content studios and creative labs have sprung up within major publishers to produce native or branded content that encompasses all platforms and vehicles for engagement.

Among these, branded video tends to be top of mind among advertisers and highly recommended by custom content publishers. Even with its increasing popularity, successful branded video requires, like any other ad format, an understanding of a media brand’s earned audience and an appreciation for storytelling.

“Marketers and audiences demand quality, authentic storytelling experiences,” says Jessica Sibley, chief sales officer at Forbes. “Branded video has allowed us to go beyond promoting a product or tagline to really craft a story that our audience can forge a meaningful connection to.”

Forbes’  launched its custom content studio, BrandVoice, in 2010 as a storytelling platform for advertisers that later evolved into a full-service studio, helping clients build branded campaigns for Forbes’ audience.

Following Meredith Corp.’s acquisition of Time Inc. at the start of last year, Meredith sold its in-house agency, MXM, to Accenture and folded its custom content teams into Time Inc.’s two-year-old content studio, The Foundry—now branded as The Foundry @ Meredith Corp. Since its launch, The Foundry built out its studio within verticals based on its parent company’s audiences: the American woman, retail and CPG, health and wellness, travel and beauty. Today, a 10-team structure of producers in three different locations create client campaigns across these verticals.

Audiences “are coming to us with a need, and we are servicing that need and building trust. That trust and that relationship is really what sets Meredith apart,” says Dan Rubin, The Foundry’s VP of strategy and marketing. “So when an advertiser can be worked into that very, very substantial relationship, the advertiser benefits by also building their own brand and gaining their own audience.”

The Washington Post’s WP Brand Studio builds off of a different endemic value proposition: excellence in journalism. WP Brand Studio debuted four years ago after increased advertiser demand to reach the Post’s growing online audience; and despite being located in the client solutions department, the team operates at the center of data and insight, state of the art technology and award-winning journalism—making its approach less about a particular audience and more about expertise in content creation.

“The work we do is held to the same journalistic standards as our newsroom,” says Annie Granatstein, the head of WP Brand Studio. “And we take that very seriously and are very much inspired by what the newsroom does.”

Staying in your lane

Collectively these custom content studios, built by legacy print publishers, are taking a holistic, multi-platform approach to branded content and native storytelling by identifying an advertiser’s goals and applying a creative lens. In most cases, branded video is emerging as the winning component to delivering successful campaigns for clients.

In addition to ROI or a sales lift through branded content, Rubin and Don Struckle, The Foundry’s executive producer and head of native/branded video, see telling stories that consumers want to hear—as opposed to old-fashioned marketing messaging—as a driving factor for advertisers interested in branded content.

“They want that storytelling to work for them both from an editorial perspective but also from a business perspective,” says Rubin.

Meredith’s audience is hungry for the content they get, which positions The Foundry to possess a heightened knowledge about what will work. “It makes us have a stronger point of view in the branded content space when we partner with advertisers to come together and tell a story that is mutually beneficial—a story that the consumers want to consume—and through a voice that the advertisers are happy with,” says Struckle.

“Forbes has always led with a people-centric approach to storytelling, showcasing the person and story behind the business,” says Sibley. “This is a huge differentiator for our brand and translates particularly well across branded video as we can bring the stories of success to life through the people that have inspired them.”

For those reasons, Cole Haan partnered with Forbes for its “Changemakers” campaign. With a goal of reaching millennial business consumers, Forbes created a body of content that included articles, original photography and a 12-part video series, all celebrating young entrepreneurs in their journey to achieving their dreams. The campaign plays especially well alongside Forbes’ Under 30 franchise, which they’ve carefully curated over the years to appeal to advertisers who want to reach the demographic.

“This type of storytelling experience is core to the Forbes D.N.A. and is authentic to the way that Forbes champions success,” says Sibley.

At WP Brand Studio, the stories are inspired by the Post’s newsroom, mirroring the journalism and style in which content is delivered. Granatstein explains that advertisers, in the Post’s case, are seeking more news-like content that will be native to the Post.

It’s “less about storytelling innovation, but [campaigns that] can perform really well if they’re super native to the Post and what our audience kind of expects to see on a daily basis,” she says. “Whether we’re doing something really innovative or it’s within a journalistic article, the journalism itself is really kind of at the heart of what we do. Brands are coming to us for that kind of quality Washington Post journalism.”

Trends in branded video range from leveraging social media influencers to incorporating augmented reality. As Rubin points out, the type of video that will be produced is often not decided in the initial sale, but after the client and the studio determine what kind of story they need to tell.

Granatstein says advertisers are getting bolder and more open to experimentation. On that front, WP Brand Studio is working with 360-degree virtual tours, augmented reality, 3D modeling and immersive digital experiences—anything that can transport the audience inside a story.

“You can have short video vignettes cut throughout the multimedia experience and maybe the audience can even select which video vignettes to watch. So it’s a multi-linear experience,” says Granatstein. “They’re very complex ways of telling stories because you’re working with copy, video, photography, infographics and maps, potentially.”

Social networks also play their role. BrandVoice makes use of influencers with whom it has developed relationships, from Jessica Alba to Warren Buffett, to garner attention for branded video through their own networks, and each of the studios tend to incorporate bite-sized videos optimized for social media.

Measuring engagement with branded videos remains at the center when conveying ROI and sales lift to clients.

“The holy grail for branded content is to get someone to lose themselves in it,” says Struckle, which his team achieved overwhelmingly through its India 100 campaign for the Indian government’s “Incredible India” tourism promotion.

Such success with branded video led Meredith to add video to its sales guarantee initiative. “We guarantee our performance regarding soft sales lift and ROI as part of the advertiser programs that qualify for the ‘Meredith Sales Guarantee,’” says Rubin. “So, we’re not just saying video delivers ROI, we are putting our money where our mouth is.”

For Granatstein and WP Brand Studio, an advertiser’s intended goals will dictate the approach to video, and creating the right-fitting campaign leads to positive metrics.

“Some brands really want to achieve scale and awareness, others want a bit more focus on engagement and completion or click-throughs to the brand site,” she says. “If a brand is really concerned about their audience finishing an experience, then you wouldn’t want to do a very long experience, right? If the brand is focused on time spent, then you would want to actually have a long experience as long as you’re keeping the audience engaged.”

Video ultimately holds value based on the traction it can attain across properties, from media brand’s own channels, to the advertiser’s, to influencer shares and so on.

“Video content is naturally social,” adds Sibley. “Audiences are more inclined to gravitate towards these stories and share them within their networks.”