“Brand Power” Is Not a Myth for Magazine Publishers
Benchmarking and platforms have distorted how magazine media defines success.

Last week was an interesting one for me. Not only because I attended two very different conferences in two cities, but because of the theme I saw play out between each conference and in the days following. 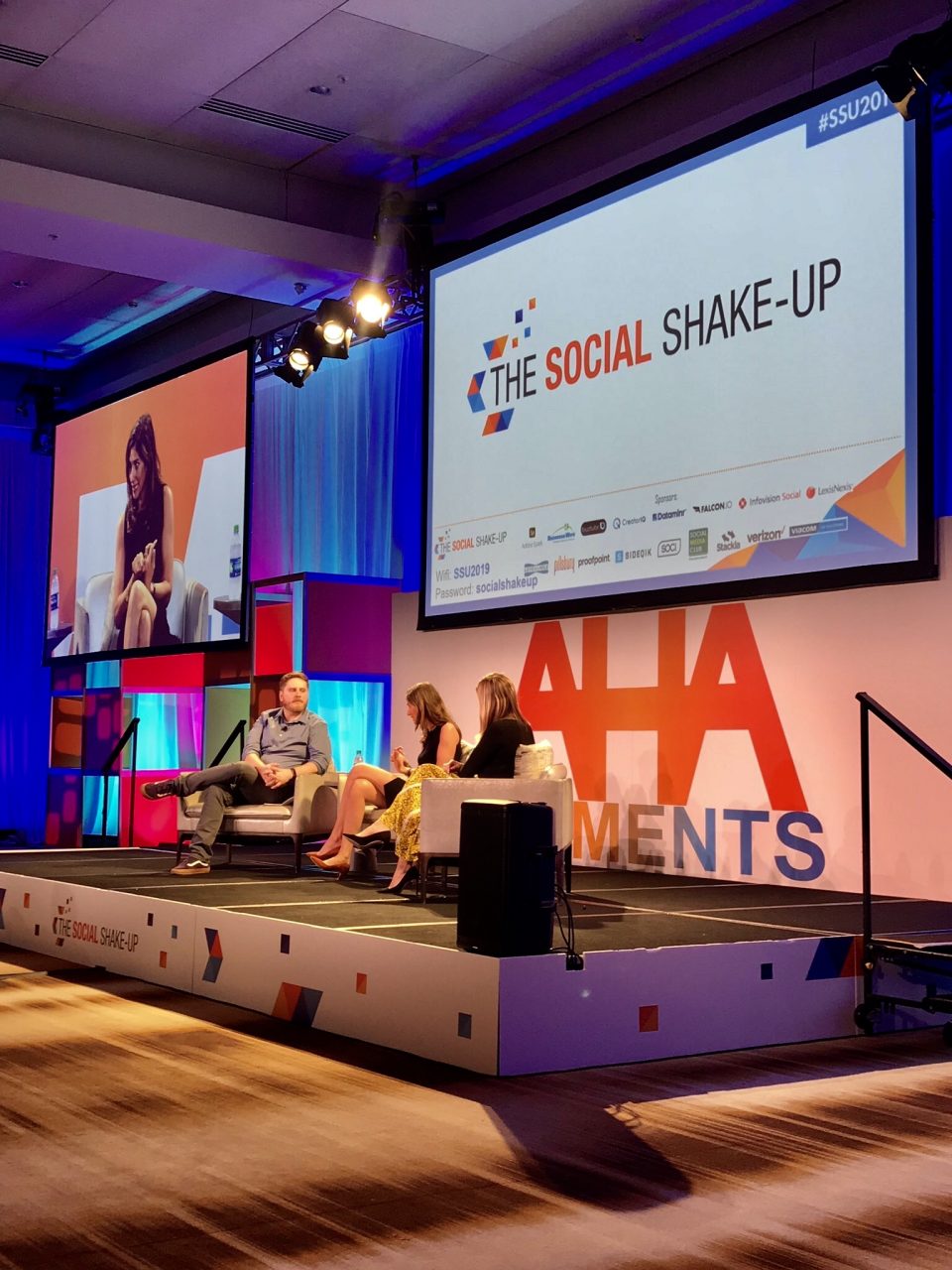 First was The Social Shake-Up, a sister brand of Folio:’s for social media practitioners. I was called in to moderate a keynote Q&A with theSkimm founders, Danielle Weisberg and Carly Zakin.

From my point of view, it was an interesting conversation, and my major takeaway was a simple one: building a strong brand comes down to delivering a product people want. It’s not rocket science, I know. However, in media we sometimes talk about brand equity as if it’s some sort of entitlement for legacy companies who have paid their dues for simply being in business for an arbitrary amount of time.

theSkimm is only seven years old and it started as a daily email with quick bits of news to keep its readers informed. From there it grew into a multiplatform media company with millions of readers. It’s also completed three rounds of funding and is hovering around a $100 million valuation. It began with the two founders and is now employs 100 media professionals. But its business achievements aren’t really what’s made it a powerful brand, its content and audience, or better yet, fans, have. theSkimm has an army of “Skimm’bassadors,” who are out there pushing the brand on its behalf because they have internalized the company’s mission and relate to its voice and purpose. That’s powerful.

The second conference last week was the MPA’s IMAG Conference for independent magazine publishers. This is a group of city and regional, special interest/niche or small to mid-sized magazine publishers who are, as the name suggests, not owned and operated by a large corporation.

If you fit into this category, and haven’t been, I suggest checking it out in the future. It’s an excellent opportunity to learn what your peers, and perhaps even competitors, are up to.

The two days of programming included brand stories from Active Interest Media, Morris Communications and Garden & Gun, as well as topical discussions around topics like data privacy, SEO, social media and frankly many of the other things you’d probably expect to see at a magazine publishing conference. So rather than getting into the weeds of the sessions themselves, I want to get back to the common theme I mentioned—brand power.

The one session that really stood out to me, that connects back to the point of my ramblings here was one that featured panelists from brands/companies that are more than 100 years old. The panel included Shawn Bean, editorial director of Bonnier’s Active Interest Network, Erin O’Mara, president of The Nation and Mina Seetharaman, chief strategy officer at The Economist Group.

Despite the title of the session “100 Years Young: Legacy Brands, Modern Thinking,” age was not really discussed as some sort of leveraged asset, rather it was just a number signifying how long each of these operations have survived.

Instead, all three panelists spoke at length on the final clause in the session title—modern thinking. And a key part of that modern thinking is how to serve audiences better across platforms to maintain their strength and reputations.

All three panelists publish magazines, much like most of the speakers and attendees at the conference. However, the vehicle for delivery in serving audiences was much more of an afterthought from my perspective. Audience was first, and the real key to brand building. Over two days, the feeling was that this was more of a media conference, not a magazine conference. This was a group of professionals that didn’t necessarily define themselves by a distribution platform.

I think that final point is the most important. We have seen the mass consumer magazines taking on this mantra for the past few years, by making major investments in other platforms besides print. And while doing so, they all insisted they could do it because of the power of their brands. (Let’s be honest, their capital and scale didn’t hurt.)

It seemed great in theory, but there are roughly 5,000 magazines in the U.S., and most of them aren’t printed by large, mass consumer media companies, and don’t have seven-figure circulations. So how exactly can they leverage the power of their brand? Simple (at least in theory): give their audience what they want and how they want it.

A few weeks ago I wrote about how fewer publishers are throwing spaghetti on the wall, and aren’t abusing the word “innovation” as often. I want to be clear, expanding beyond print is not throwing spaghetti on the wall to see what sticks, and it’s not a futile attempt to innovate. It’s just good business, and a good audience development strategy. Of course, the key is finding the right platform to either grow or engage some of your existing loyalists.

So with that in mind, let me tell you how last week ended after I got back from these two conferences. Saturday I had the ambition of doing absolutely nothing for a few hours after a long week. I turned on my TV at some point, and I kid you not, within those few hours I noticed three different television shows scheduled that are produced by three independent magazine publishers—”This Old House,” “Weekends With Yankee” and “America’s Test Kitchen” (two of the three were at IMAG coincidentally).

It was sort of an aha moment for me, because it fully illustrated that multiplatform success is not exclusively for mass consumer publishers with scale. Further, it made me think about how we are measuring our industry’s success now.

It’s undeniable that the dominating trend is that print ad sales, circulations and frequencies are all declining steadily. Further, we know that, in many instances, digital isn’t making up for print revenue losses. But why are we still relying on those metrics alone to measure the success of our industry when we have grown to become so much more than that?

I realize I am using a few anecdotal examples to build a case that this industry is healthy, or at least healthier than many think. But I bet several folks who read this can think of a few more of their own examples, which means there is a multiplier of success stories in multiple platforms. And it’s not just TV or OTT extensions, we are seeing it with podcasting, direct-to-consumer products, paid content strategies and licensing.

In other words, the industry is changing, but its core mission is still developing and delivering content people want. So the onus is on all of us to give it to them. And that’s ultimately how you build a brand, a powerful one. It’s not about legacy, reach or a distribution platform.