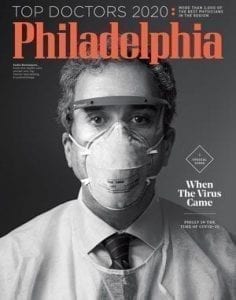 David Lipson, third-generation owner of Boston and Philadelphia magazine publisher Metro Corp., is stepping down as CEO and bringing in management consultant Nick Fischer to run the company through the COVID-19 pandemic and beyond, staffers learned this week.

Fischer currently serves as managing partner at Calidus Inc., a middle-market consulting firm he co-founded, which Lipson says Metro Corp. had contracted for financial planning and analysis prior to the pandemic. In the past, Fischer has served as CFO of the retail chain Betteridge Jewelers, director of finance at Nordstrom and senior manager, FP&A at Capital One.

“[Fischer] will be bringing to the company financial and operational expertise that we need to navigate our way through this pandemic and emerge with a sustainable business model,” Lipson tells Folio: via email. 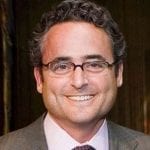 The change marks the first time in over 70 years that a member of the Lipson family will not run day-to-day operations at Philadelphia magazine, which was first acquired by Lipson’s grandfather, S. Arthur Lipson, in 1946. The family business evolved into Metro Corp. after adding Boston magazine in 1970.

Apart from the management change, Lipson says both Boston and Philadelphia will reduce their print frequency to 10 issues per year, and that both magazines will be implementing a digital paywall (Philadelphia‘s will debut in June, Boston‘s in January), selling combined print and digital subscriptions as membership packages. 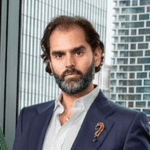 Whitney Robinson is stepping down as editor-in-chief of Elle Décor after three years in the role to focus on his design consulting business, DW NorthStar, as well as the launch of a new organization, the Council of Interior Designers of America, a Hearst Magazines rep confirmed. Robinson has been with the company for nine years altogether, previously serving as style director at Town & Country. 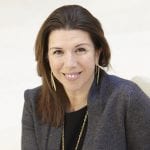 Hearst has not yet named a permanent successor, but whoever it is will be reporting to Town & Country editor-in-chief Stellene Volandes, who is permanently adding oversight of Elle Décor to her responsibilities in the newly created role of editorial director across print and digital. Moreover, on top of her current role as EIC of Town & Country‘s print edition, Hearst says Volandes is also assuming oversight of Town & Country‘s digital content as well, and T&C digital director Elizabeth Angell has been named executive editor, digital. Volandes first joined Hearst Magazines in 2011 as jewelry and accessories director at Town & Country, rising to style director in 2012 and EIC in 2016. 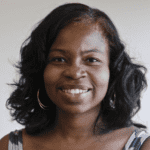 The Hollywood Reporter has hired longtime Associated Press editor Nekesa Mumbi Moody as its next editorial director, succeeding Matthew Belloni, who stepped down in early April after 14 years with the publication, reportedly due to disagreements with management. Moody moves over to THR after 22 years at the AP, where she had been global entertainment and lifestyle editor since 2012. Before that, she was the AP’s music editor from 2000 to 2012. 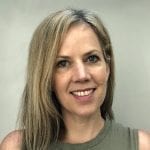 Vogue Business, which says it “well-exceeded” its goal of reaching 100,000 newsletter subscribers in its first year, has hired Sarah Shannon as editorial director, effective May 18. Based in London, Shannon previously spent eight years as a business reporter at Bloomberg, and more recently has worked as a contributing editor to Business of Fashion and a contributing writer to the Financial Times. 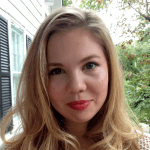 Freelance writer Allie Jones is joining Domino magazine as features editor. In addition to The Cut and Vice, where she’s had regular columns, Jones has been a contributor to Cosmopolitan, GQ and Vanity Fair, among others, and she was previously an editor at Gawker.

TIME has hired Chuang Chin Tuan as manager, partnership ops. He joins from Havas Media, where he was a media manager, where he worked with clients across the banking, luxury, entertainment, payments and telco sectors. 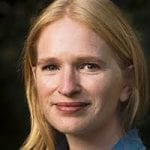 Heidi Vogt has joined Politico as deputy tech and cybersecurity editor. Vogt spent about five years at The Wall Street Journal, reporting from Washington, D.C. from 2017 to 2019 and from Nairobi, Kenya as an East Africa correspondent from 2013 to 2016. Before that, she spent a decade with the Associated Press, based in Afghanistan, Senegal and New York.

E&E News reporter Kellie Lunney is moving over to Bloomberg Environment, where she’ll be a senior environmental reporter on Capitol Hill. Prior to joining E&E News in 2017, Lunney spent several years at Atlantic Media as a reporter for Government Executive and National Journal.

Kentucky-based business journal The Lane Report has appointed Natalie Pitman as associate publisher. She joins from the Somerset, Ky.-based non-profit Center for Rural Development, where she was an administrative support specialist focused on marketing and training.