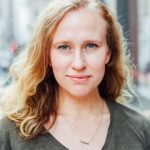 Bonnier Corp. promoted Amy Schellenbaum to the role of group digital director for Bonnier Media this week. Schellenbaum, who has served as the online director of Popular Science for the past three years, will now have digital oversight for Field & Stream, Saveur and Outdoor Life, in addition to PopSci. As the online director, she was responsible for overseeing the magazine’s digital editorial content as well as its social media, e-commerce and video platforms.

Prior to Bonnier, Schellenbaum was the digital editor at Travel + Leisure and before that, was a senior editor for Vox Media’s Curbed. She will report directly to Joe Brown, who was also recently promoted to VP, editorial director of the same four New York-based brands, in addition to continuing to serve as the editor-in-chief of PopSci. Her appointment is effective immediately.

“PopSci owes so much of its recent success to Amy’s digital savvy,” Brown said in a statement. “We now get to let her loose on some of the company’s most important titles. I can’t wait to see how she works with these other brands to turn each of their unique visions into even more online success.” 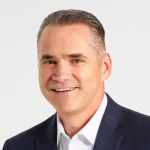 He will also continue to hold the title of CEO of LocalEdge, which is a Hearst Media Services company that provides lead-gen solutions. DeLuca has held this role since 2013, and prior to that, he served as the EVP of advertising sales for Hearst Newspapers, where he was responsible for managing the advertising revenue generating functions, including sales, marketing, customer experience, talent development and the development of digital and print teams. Before Hearst, he held senior revenue management roles at Groupon, Yodle, Yahoo and EMC.

Meredith Corp. tapped Kristin Guinan as the new associate publisher of marketing for Real Simple, effectively immediately. She will report to VP and group publisher of Real Simple and Martha Stewart Living Daren Mazzucca. Guinan has been with Meredith since 2006 and most recently served as the group marketing director of Rachael Ray Every Day and Health, and before that, she also oversaw marketing for Fitness Magazine. 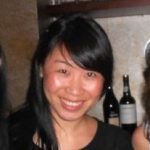 Joyce Tang was promoted to executive managing editor for G/O Media’s properties including Deadspin, Gizmodo, Jalopnik, Jezebel, Kotaku, Lifehacker, The Root and Splinter. She will be tasked with overseeing the editorial operations for all of the brands and will report directly to the recently appointed editor-in-chief Paul Maidment. Tang was formerly the deputy managing editor for Gizmodo Media Group, which was renamed as G/O Media last month, and before that, she served as the managing editor of Splinter. Before joining the company, she served as the Ideas editor for Time.com and oversaw the Culture section and iPad edition of The Daily Beast.

Industry Dive announced several new editorial hires, bringing its newsroom up to 65 staffers, with the hopes of hiring seven more in the coming months: 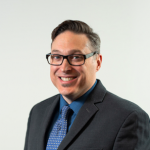 Virginia Business magazine named Richard Foster as its new top editor, effective May 28. He will succeed Robert Powell, who announced at the end of March that he was retiring after 15 years at the helm, but will remain with the magazine in an advisory role during the transition period. Foster’s career spans three decades, including 13 years serving as a freelance writer for Virginia Business.

Foster was also formerly a staff writer at the Richmond Times-Dispatch and The Roanoke Times, as well as an assistant editor at Style Weekly, founding editor of Richmond.com and the executive editor at Richmond Magazine.

Adam Pasick, Quartz’s senior editor for newsletters and apps, is joining the New York Times as its new editorial director of newsletters. He will work to refine and revamp the publication’s portfolio of newsletters in order to maximize audience engagement. While at Quartz, Pasick grew its subscription list from 80,000 to 200,000, and before that, he served as the brand’s senior Asia correspondent from 2013 to 2015. He also formerly was the managing editor of New York magazine’s website for almost three years.

Skift senior enterprise editor Hannah Sampson is leaving after over three years to join the Washington Post, where she will serve as a staff writer for a new travel initiative from the publication.