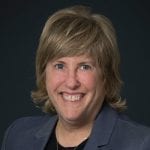 Elise Contarsy started at Bonnier Corp. this week as its new SVP, Bonnier Consumer Products. Based in the New York City office, Contarsy is tasked with further developing the company’s consumer products and brand licensing programs and will report directly to CEO Eric Zinczenko.

Contarsy brings to the role a decade of experience as VP of brand licensing at Meredith Corp., as well as experience she collected as the VP, general merchandise manager of product development and branding at Bed Bath & Beyond. She also currently serves on the board of the Licensing Industry Merchandising Association (LIMA) and is a consultant to the Private Label Manufacturers Association.

“I am thrilled to be joining Eric and the Bonnier team on the path to creating deeper consumer connections and growing non-advertising revenue,” Contarsy said in a statement. “The Bonnier portfolio of enthusiast brands has great potential to expand through strategic licensing and joint venture partnerships.” 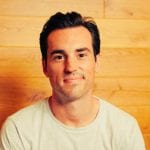 Vox Media promoted Ryan Pauley to chief revenue officer from his former title of SVP of business operations. In his former role, Pauley led the launch and expansion of the company’s ad marketplace, Concert, and led new business and advertising strategies across the company. In his new role, Pauley will report directly to CEO Jim Bankoff and will be based in New York.

“He knows better than anyone how to leverage Vox Media’s premium quality scale and creative along with our technology and analytical strength to ensure continued success and growth for our clients, and in turn, our business,” said Bankoff in a statement. “He’ll lead an immensely talented team that has consistently excelled through attention to client success, innovation and integrity.”

In addition to this, Courtney Glaze and Regina Zaremba were promoted on Pauley’s team. Glaze is taking on the role of VP of revenue operations where she will continue lead the revenue strategy across solutions planning, inventory management, and revenue operations, but will take on the added responsibilities of ad operations and paid social as well.

Zaremba will take on the titles of both chief of staff of Pauley’s team and head of operations for Vox Media, which is a newly created position. She will be tasked with running the operational functions in the revenue organization, as well as taking on training and enablement, and special projects. Zaremba formerly worked alongside Pauley on Concert. 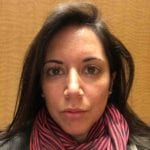 Katy Byron was appointed as the first MediaWise editor and program manager at The Poynter Institute and is responsible for managing dozens of teenage fact-checkers as well as a team of professional reporters in order to help teenagers determine fact versus fiction online. In this new role, Byron will also be tasked with expanding the fact-checking product onto Snapchat and other platforms that are aimed at younger demographics.

She joins Poynter from Snapchat where she served as the managing editor of news and oversaw the production and curation of all news “Our Stories” on Snapchat, which garners millions of views. Prior to that, worked as a producer for both CNBC and CNN. Poynter Institute president Neil Brown said in a statement that “Katy’s expertise in visual storytelling and her leadership on platforms like Snapchat will catapult MediaWise to new places and secure additional partners as we aim to reach one million teenagers in the next two years.” 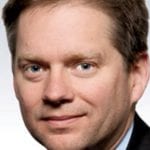 Byron started in her new role Oct. 15 and reports to the executive director of PolitiFact, Aaron Sharockman.

Crain Communications Inc. tapped Jim Kirk for the newly created position of publisher and executive editor of Crain’s Chicago Business. In this role, Kirk will be responsible for editorial and business operations of the weekly and will directly report to group publisher Mary Kramer. He is joining the company from the Los Angeles Times where he served as editor-in-chief.

“[Kirk’s] experience both in journalism and in the rapidly changing media business will support growth for our flagship city business publication,” said Crain Communication Inc. president KC Crain in a statement.

Yara Bayoumy is joining The Atlantic as a senior editor leading national security coverage. Most recently, she served as a national security editor and foreign correspondent at Reuters, and reported exclusively from the Middle East and Africa. Bayoumy starts her new position next month and will work closely with politics editor Vernon Loeb to build and operate the expanding team of national security reporters, as well as with London-based editor Prashant Rao and the reporters on the global desk.

“Yara is a brilliant editor and reporter with a great feel for Atlantic journalism, and she has a strong sense of where and how major stories develop,” EIC Jeffrey Goldberg and TheAtlantic.com editor Adrienne LaFrance wrote in a memo to their staff. “She has a talent for getting scoops, as well as for identifying patterns and larger themes behind the day’s most complicated stories.”

The Atlantic also tapped Hugo Rojo as its new communications team manager in Washington. Most recently, Rojo served as manager, social media communications for NPR where he was tasked with managing strategic and digital communications with the media relations team and helping to spearhead new initiatives.

Danni Santana was hired to Skift’s Skift Table team as its new business reporter, restaurants. Most recently an associate editor at Digital Insurance, where he covered the technology strategies of insurance companies around topics like artificial intelligence and big data, Santana says that he’s excited “to bring my B2B journalism experience and apply it to this rapidly changing industry.” 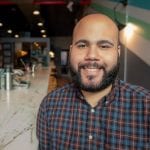 Business Insider hired Keenan Trotter as its first investigations editor for its Insider site. Trotter most recently worked at Gizmodo on special projects and also previously served as a staff writer at Gawker.

Former editor-in-chief of Popular Science, Jacob Ward, is joining NBC News as a technology correspondent and will be based in San Francisco. He also recently served as a correspondent for Al Jazeera and as a commentator for the BBC.

Dana DiScenza announced that she is starting at C&NE BrandLab as a project associate on Oct. 29. She recently graduated from the University of Rhode Island with a Ph.D. in chemistry and served as a graduate research assistant while earning her degree.