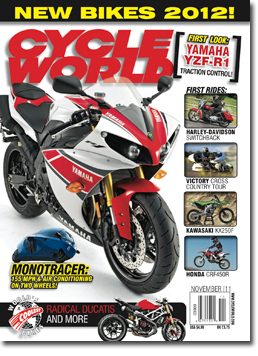 In a continuum of an acquisition series that has become Bonnier’s growth strategy, the publisher acquires Hearst’s Cycle World. Terms of the deal remain undisclosed.

Cycle World will be integrated into Bonnier’s Outdoor Group, led by vice president and group publisher Eric Zinczenko. The monthly magazine, with a current circulation of 235,000, will retain its current staff.

Terry Snow, CEO of Bonnier, tells FOLIO:, “I met the publisher and editor [VP of integrated sales/marketing Andrew Leisner and VP of brand content/EIC Mark Hoyer] during the process. They think like us: they live their sport, their industry.”

Snow says Bonnier had Cycle World on “its target list” when the publication was still published by Hachette, “It was fortunate for us that it didn’t fit in with Hearst’s portfolio and it fit in with us.”

Cycle World was officially put on the block by Hearst, which enlisted media broker Jordan, Edminston Group to handle the sale.

Of Bonnier’s acquisition strategy, Snow says, “At Hachette where Elle [was] the big money maker, it’s hard for those small titles to get attention. We’re structured differently; we can give the small titles the attention they deserve.”

Snow says, “There isn’t a day that goes by that we’re not looking at…add-on acquisitions that make sense for us. We’re actively looking: whether it be for print, digital or events.”