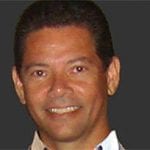 As part of the deal, longtime b2b media executive Richard Rivera will join the company as CEO, succeeding Ty Bobit, who had served in that capacity since taking the reins from his father, late company founder Ed Bobit, in 2007.

“I am really excited to join a company with such a strong foundation and one that was founded on family values with a purpose and mission to help people and business succeed,” said Rivera in a statement. “Our job is to carry that purpose and mission forward.”

Joining Rivera—who spent the last two years as an executive at EnsembleIQ following earlier stints at CFO Publishing, UBM, and Commonwealth Business Media—on the leadership team will be Bobit veteran Sherb Brown, who has been promoted to president from his previous role running Bobit’s fleet group as VP and group publisher. Cyndy Drummey will stay on as COO. 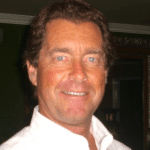 “This was a good time for us [to sell] because the company has been performing well with a good track record of growth,” Ty Bobit tells Folio:. “Gemspring realized the potential for the sophisticated digital and data products we’ve built over the past couple of years, along with the outstanding relationships we have with our customers and audiences. They are poised to make investments to take the company to the next level.”

Both sides declined to share the financial terms of the transaction, but noted that the company will remain based in Southern California, its home since 1977, and will continue to do business under the Bobit name. In total, Bobit Business Media employs 170 staffers—”virtually all” of whom will be retained, says Ty Bobit—across its portfolio of 21 titles, including Automotive Fleet, Heavy Duty Trucking, and Modern Salon magazines, as well as 20 conferences and trade shows.

Gemspring Capital, a Westport, Conn.-based middle-market private equity firm founded in 2015, counts $355 million of equity capital under management across a portfolio whose most recent addition was recruitment advertising firm TMP Worldwide, in April.

“Bobit has a leading position in each of the end markets it serves, reinforced by its large and entrenched audience, deep proprietary database, industry expertise and high value customer relationships,” Gemspring principal Aron Grossman tells Folio:. “We see enormous potential for Bobit to leverage these assets to drive growth organically and via acquisition.”

Rivera’s experience leading and growing b2b media firms, added Grossman, as well as his “deep understanding of the changing b2b media landscape” made him the right choice to bring on as the company’s next CEO.