After Richard Turley vacated the creative director role at Bloomberg Businessweek in April for the job of senior vice president of visual storytelling and deputy editorial director at MTV, editor Josh Tyrangiel was left with an open spot on his roster and a chance to shake up his creative team. 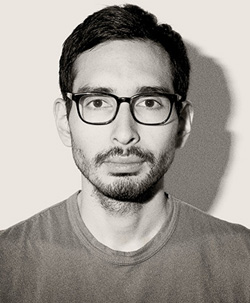 In a memo from Tyrangiel to his staff, he announced the promotion of two staffers: Rob Vargas (pictured), who will succeed Turley as the title’s new creative director, and Tracy Ma, who was named deputy creative director.

Ma, who was hired by the magazine as a designer in November 2011, was promoted to assistant creative director in February 2013. Prior to onboarding the title, Ma had most recently been editorial designer at Toronto Life Magazine. Before that she was an editorial designer for the Toronto bureau of Leo Burnett, a creative and advertising agency.

In the same memo, Tyrangiel also announced that the title’s design director Cindy Hoffman will be working with a new group—Bloomberg Visual Data. Hoffman will “get sticky” figuring out how best the magazine can expand its footprint with data stories.