FOLIO: Show ’08: How Time Earns its Audience
Online will be 30-35 percent of total revenue but print remains 'big engine.' 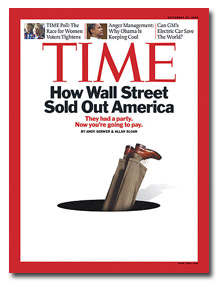 RELATED POST: Time Publisher Wants to Capture Readers from Cradle to the Grave

CHICAGO—Time magazine has more than 3 million readers in print and currently does 82 million page views online, and president and worldwide publisher Ed McCarrick thinks the brand can “easily do 200 million page views” online in the near future. “We must be constantly innovative to earn audience back each day,” said McCarrick, who delivered the opening keynote at the FOLIO: Show here today.

Online advertising revenue currently accounts for about 10 percent of overall revenue at Time and is projected to grow by 57 percent in 2008 and another 35 percent to 40 percent in 2009, according McCarrick.

While McCarrick thinks online will eventually account for 30 percent to 35 percent of overall revenue, “offline revenue is still the big engine.” Still, one medium is leveraged with another. “We’re putting together a multifaceted approach and it’s no longer clean in terms of one media being separate from another.”

Beyond the Red Border

Taking the Time audience “beyond the red border”—referring to the magazine’s famous cover margin—is key for the publisher, according to McCarrick. The magazine “broke down barriers between news breakers and the audience” by opening up its popular 10 Questions feature, in which Time staffers ask noted individuals 10 questions, to the readership, who can ask questions online and read the responses in a variety of media, from print to online to video on YouTube and audio files on iTunes.

Rather than attempt to scratch out print revenue while depending on online and events for all new growth, Time made big changes in the way it delivers its print magazine. The shift in delivery from Monday to Friday wasn’t about cutting costs but adapting to how the audience consumes media, McCarrick said. “From Monday to Friday, moment-to-moment, the Web site does the heavy lifting,” he said. “On the weekend, then relax and they’re open to spending time with long-form analysis. We didn’t do this because to cut costs, we actually incurred considerable costs for printing and delivery. This brings the magazine closer to the consumer.”

In March 2009, Time will introduce new print package called “Health & Wellness,” targeting 1 million women. “We hope this will take off as a standalone supplement that we can possibly offer quarterly,” says McCarrick.

McCarrick said that by lowering its ratebase Time has been able to improve profits. “We’re not chasing marginal subscriptions,” he added.

However, McCarrick expressed disappointment that ad agencies and media buyers haven’t embraced Time’s audience guarantee, which was intended to move the magazine in line with how other media around world (including international editions) are evaluated—on audience, rather than circulation. “Until we shift from circulation to audience, we won’t be evaluated on an even level with other media,” said McCarrick. “But agencies haven’t taken us up on this. Agencies cling to circulation because it gives them a proven negotiating tactic.”