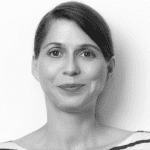 The Atlantic named Luise Stauss as its first director of photography this week.

Stauss, who will be joining the recently-expanded art team led by creative director Peter Mendelsund, will be based out of The Atlantic’s New York office and will work to grow the magazine’s photography contributions.

“As we emphasize quality and aesthetic sophistication, our goal is to make The Atlantic an industry leader in photography. Luise is the exact right person to lead this effort,” said editor-in-chief Jeffrey Goldberg in a statement.

Previously, Stauss helped launch T Magazine, later becoming a senior photo editor at The New York Times Magazine. And in 2014, she co-founded photography consultancy Stauss&Quint. Additionally, she has served as the director of photography at Modern Farmer, art director at AR Media and was a faculty member at the School of Visual Arts. 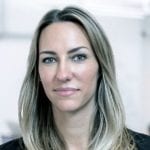 Elsewhere at The Atlantic, start-up strategy and design firm Faire Design was recently acquired and its founder Kate Watts was tapped as the new president of Atlantic 57, The Atlantic’s creative consulting agency. She will report to publisher and CRO Hayley Romer.

Watts founded Faire Design in January 2018, but prior to that, she spent nearly a decade at global agency Huge, most recently serving as its U.S. president. Joining her at Atlantic 57 is former Huge colleague, Chris Stempky, who will take on the role of managing director, along with three additional staff from Faire Design. 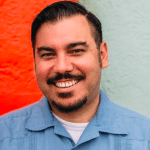 Following several hires last week, Texas Monthly announced the appointment of a full-time taco editor, José R. Ralat, which is a brand new position for both the magazine and, according to the magazine, for the U.S. magazine industry as a whole. In this new role, Ralat will regularly contribute stories to TexasMonthly.com as well as in print, covering all things related to tacos and Mexican cuisine.

He first began covering tacos for the Dallas Observer in 2010 and later launched his own website, the Taco Trail blog. He has also written for Vice’s Munchies, Texas Highways, D Magazine, Eater and others. Most recently, he served as the food & drink editor for Cowboys & Indians magazine and he co-founded and curated the Taco Libre taco and music festival in Dallas. 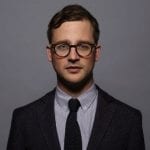 Condé Nast Traveler named Jesse Ashlock as its new U.S. editor. Ashlock most recently spent the past five years with Travel + Leisure where he served as its executive editor, and prior to this, he was the online director of T Magazine, The New York Times Style Magazine and was deputy editor at Details. Based in New York, Ashlock will report to Melinda Stevens, the editor-in-chief of both the U.S. and UK CN Traveler, which recently combined teams last year. He starts on Sept. 23.

Megan O’Grady was named the new senior vice president of account management at Hearst’s branded content studio, Hearstmade. In this newly created position, O’Grady will be responsible for strategy and development and working closely with the branded content team to develop client solutions and campaigns.

Bringing over 15 years of advertising experience to this role, O’Grady has held various roles where she was tasked with leading marketing strategy and creative development for clients across various categories and industries. Most recently, she oversaw the strategic and creative arm at advertising agency McGarryBowen, and before that, she served as senior vice president, group account director at Digitas, overseeing digital and social marketing for American Express. 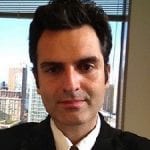 Bilge Ebiri and Alison Willmore are the new film critics for New York Media’s Vulture. Ebiri, who already began this new full-time position, has been with New York magazine since 2002—aside from a two year stint at The Village Voice where he was a film critic—and served as a writer and critic for the movies department. In 2018, he took on the role of deputy culture editor for the magazine, and when he’s not writing in his new role, he will be continuing his work on the print “Culture Pages” and working on digital-only projects for Vulture. 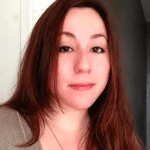 Willmore has spent the past five years at BuzzFeed where she served as its film critic and culture writer, but she has been covering and critiquing television and movies since 2011. She’s also previously held editorial roles at IFC, IndieWire and the Tribeca Film Insitute. In her new role, she will contribute critical essays and continued coverage of the industry.

G/O Media, which owns Deadspin, Jezebel, Gizmodo and others, named Kai Falkenberg as its new general counsel, who will be tasked with providing legal counsel to the newsroom regarding libel, freedom of information, court access, litigation and news-gathering. Reporting to CEO Jim Spanfeller, she will also oversee the company’s legal, business and compliance functions.

Most recently, Falkenberg practiced media and entertainment law at Miller Korzenik Sommers Rayman LLP, and prior to that, she served as the first deputy commissioner/acting commissioner for the NYC Mayor’s Office of Media and Entertainment. She also has experience as the senior legal and strategic advisor to media brands like Forbes and privately held companies like Glossybox and Charity Navigator. 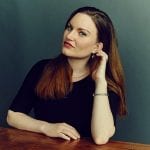 Emily Dreyfuss announced that she is leaving her position as senior writer for Wired after more than five years with the brand. She first joined the publication as a senior editor before being promoted to her most recent role, and prior to that, she was a Nieman-Berkman Klein fellow at Harvard University. She has not yet announced what her next move is.

Stephanie Fried, Condé Nast’s former EVP of marketing, research and analytics, is also departing the company to join pop culture media site Fandom as its new chief marketing officer. Fried will be tasked with leading Fandom’s brand vision, including everything from consumer and sales marketing to research, events and communications. Fried previously spent nearly four years at Condé, and prior to that role, she held various leadership positions at Discovery, Inc., VEVO and NBCUniversal.

ALM expanded its Litigation desk with the hire of Jane Wester as a reporter. Based in New York, Wester will write for the New York Law Journal. Previously, she worked for the Charlotte Observer where she covered public safety and local courts. 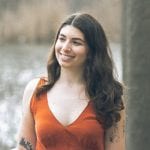 Time named Andi Leibowitz as its new senior designer. Most recently, Leibowitz worked at content creation platform Ceros, where she served as a senior digital designer, but before that, she spent a year and a half as a digital designer for The Foundry at Meredith Corp., which was previously owned by Time Inc. In her new role, she will be tasked with working across the brand’s marketing and content teams to create new web experiences that highlight Time’s voice.

Quartz is launching a new investigative reporting team that will be headed by John Keefe, who is taking on the role of investigations editor. Previously, Keefe led the Quartz AI Studio. Machine Learning journalist Jeremy B. Merrill will also be on the four-person team, and the remaining two roles are still accepting applications.

Janna Herron joined Yahoo Finance to lead its personal finance coverage this week. A veteran finance reporter, Herron has contributed business, personal finance and real estate content for over 15 years, most recently at USA Today. She has also previously worked for The Associated Press, Bankrate, The Fiscal Times and ValuePenguin.

The Institute for Advanced Study named Joanne Lipman as its first Peretsman Scully Distinguished Journalism Fellow. Currently a CNBC contributor and author, Lipman will be tasked with participating in lectures, panels and broadcasts, as well as work with faculty and members. She formerly served as the chief content officer of Gannett and as the editor-in-chief of USA Today.

Erik Engquist is leaving Crain’s New York Business after 14 years. Starting Sept. 16, Engquist will join The Real Deal as its new senior managing editor. At Crain’s, he most recently served as an assistant managing editor and was tasked with running the politics desk, writing  editorials and curating op-eds.

The former editor-in-chief of Handelsblatt Media Group, Andreas Kluth is joining Bloomberg as an opinions editor. Kluth, who is a 19-year veteran of The Economist, is based in Berlin, Germany and will write and edit columns for the site. While at The Economist, he most recently served as the Berlin bureau chief, but prior to that, he held various correspondent roles.