ASME is Really, Really Mad About Ads on Covers—And You Should Be, Too
An ethics professor weighs in on a troubling newsstand trend. 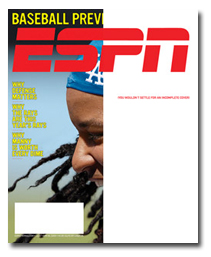 Listen, I’m a writer and I’d like to make some money. The economic downturn has forced me to be creative in how I generate income since a number of the outlets I used to be able to count on for income have disappeared. Since some of the stuff I write appears online, why not link particular words to advertisers’ Web sites in exchange for a bit of incremental compensation?

The technology to do it certainly exists. But am I ready to risk having my readers begin to think that I’m deliberately choosing topics or words to pump up my advertising links? Once my reader believes my edit copy is no different from a paid advertisement, do I lose credibility as an editorial source?

What do I care if the ethics codes for my industry strictly forbid me from including such links in my writing? The only consequence of such violations in the past has been a stern talking to and a ban from my industry’s annual awards competition. Awards are nice. But cash pays the bills.

While I need to figure out new ways to generate income, am I really willing to risk sacrificing the credibility I have with readers?

Magazines are in a similar boat. Consumer magazines, guided by the American Society of Magazine Editors’ ethics guidelines, have long held sacred the line between advertising and editorial. Selling the cover to an advertiser is strictly off limits.

But facing a severe advertising downturn, some magazines have done just that.

As soon as they blur the line between editorial and advertising, however, the game changes. If that clarity disappears, readers may begin to wonder which portions of the content of consumer magazines are independent editorial and which are driven by advertisers.

Why Magazines Should Care

Some readers may not care much about this distinction. But the magazines should.

When Us Weekly, ESPN the Magazine and Scholastic Parent and Child recently incorporated advertising elements with their covers, ASME took them each to task. ASME even saw fit to issue a new statement on its Web site addressing the issue: "Advertising on the cover suggests editorial endorsement of advertised products, indicates that editorial coverage is for sale and threatens editorial independence."

Over the years, however, the consequences of violating ASME’s code have not been great and, even in healthier advertising climates, a blind eye has been turned to some notable offenders. By not following through on stern statements, it’s difficult to see how much teeth the ASME guidelines have.

Even without the bite, magazines should care about maintaining a clear distinction between editorial and advertising if they want to keep credibility with their readers. If readers, facing the same economic pinch as magazines, are seeking to shed some of their long-time subscriptions, then their loyalty is likely to fade first with those publications whose integrity they can no longer trust. Why pay good money to receive or read a publication where it’s unclear if you’re reading independent editorial or a message underwritten by an advertiser?

Are the covers of consumer magazines sacred? I don’t believe so. No more than the front pages of newspaper sections are off limits from clearly-defined advertisements placed among the news or feature articles. There’s always an outcry when another major newspaper starts engaging in this practice that seems to quickly die down when readers recognize that these advertisements are distinct from and don’t influence the editorial. Not an optimal solution, perhaps, but one that apparently can be done well without sacrificing independence.

If magazines want to explore new models for generating income, they should be encouraged to do as creatively as possible. But they’d be wise to make sure that whatever they do doesn’t violate a trust with their readers. They should work to maintain a clear line between editorial and advertising, recognizing that the decisions they make now to shore up their franchise doesn’t erode the quality of the product.

Perhaps instead of stern lectures and statements, ASME should find a way to work with magazines to develop new models that work for everyone.