Assembly Show Relaunches After 10-year Hiatus
The new show at Rosemont for the assembly manufacturing industry had a 38,000 ne 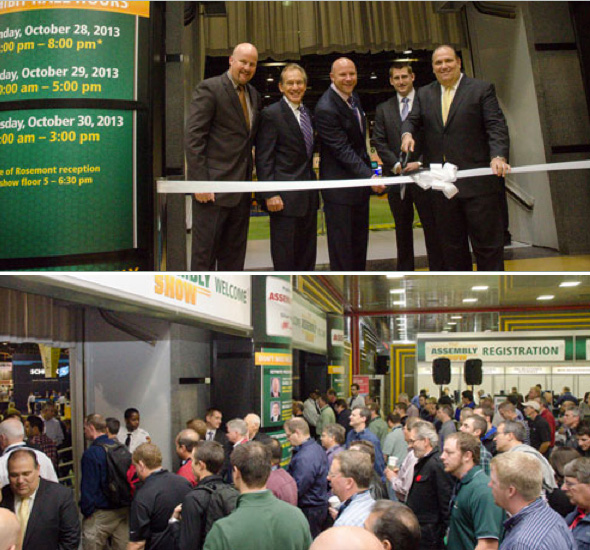 Tom Esposito, publisher of Assembly Magazine, says the success of the relaunch can be attributed to two things. First, the assembly portion of the manufacturing process has become a small segment of larger manufacturing shows and it needs its own stand-alone event.

“In recent years, there have been many assembly tradeshows that have been a small segment of larger events,” Esposito says in a statement. “It is obvious that our industry can and will continue to sustain a standalone event.”

Second, he says, the show’s location at Rosemont allowed it to offer a drayage package that had all the routine service contracting charges included as part of the space rental.

“For the first time in this sector,” Esposito told Expo earlier, “all direct-to-dock drayage fees are included in the exhibitors’ space fees.”

Much of the elaborate assembly line equipment that exhibitors offered could be displayed on the showfloor as a result. Perhaps as a consequence, BNP Media Tradeshow and Conference Director Scott Wolters told Expo he had an 81-percent onsite renewal rate for next year’s show, scheduled for the same time frame, again at Rosemont.

“We knew this was a first-year event,” says exhibitor Dan McKeirnan, president of eFlex Systems, in a statement, “and have been very surprised by the results. They exceeded our expectations.”