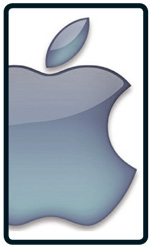 Apple is not only dominated the tablet market, but has also gone so far as to demand a 30 percent cut from publishers who sell digital subscriptions through the App Store.

Software giant Apple makes the FOLIO: 40 for a variety of reasons, and controversy is not the least of them.

Apple’s first version of the tablet computer iPad hit stores in April 2010, and sold a reported 300,000 units on its first day of sale. Reviews of the tablet varied, but interest was sparked. The iPad cornered 75 percent of the tablet market as of the last quarter of 2010, and Apple CEO Steve Jobs said they had sold more than 15 million iPads as of mid-March 2011.

The iPad 2 was revealed on March 2, 2011 to even more fanfare, with speculation setting the Web ablaze before the San Francisco unveiling (What would the new iPad include? Would Steve Jobs debut the new tablet himself, despite being on cancer-caused sick leave?). The buzz worked, and all units were sold out on the first sale day. Those ordering the new version of the iPad must now wait 4-5 weeks before receiving their purchase. The iPad 2 features a reportedly 2 times faster operating system than the original, as well as front and rear cameras for videoconferencing.

And in February 2011, Apple announced their long-awaited subscription plan for content publishers within their App Store. With their sub model, users can purchase subs through their iTunes accounts. If they choose to do so, Apple nets 30 percent of the sale and keeps user information.

Through this model, publishers are not allowed to bring customers out of the App Store to purchase subs. Apple’s offering to publishers is that users may purchase a subscription directly from the publisher’s website as long as it is an organic purchase, and the price is the same or less as through the App Store. In order to appease grumblings after the initial announcement, Apple offered to supply users with an option to share personal information with the publisher themselves. Clearly, there is no guarantee users will do so.

Bonnier and The New York Times hopped on the Apple sub train, but other major publishers are attempting to make their own way in the digitized magazine market— or are holding out as long as possible before handing over that 30 percent to Apple.

VITAL STATS:
For buyers, there is currently a four to five week wait for iPad 2 delivery.