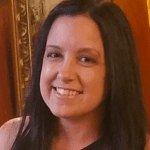 Corrine Barcia was promoted to the new role of VP of integrated marketing at AMG/Parade from her former title of senior marketing director. Barcia will be tasked with building and executing cross-platform marketing programs, including video and integrated campaigns, to help drive new business and expand current partnerships, as well as work closely with the Digital Ad Operations team to develop new program ideas.

Prior to joining AMG/Parade three years ago, Barcia spent several years at Rodale, Inc. and worked on the rebrand of Prevention and Prevention.com as well as helped to launch Eatclean.com. Based in New York, she and report directly to  SVP, CMO of digital Monique Kakar. 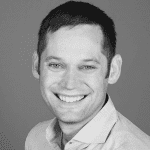 Matt Sanchez was appointed as the CEO of Hearst Autos and will be tasked with overseeing all aspects and platforms of the division, including Car and Driver, Road & Track, technology, business development and audience development. He will report directly to president of Hearst Magazines Troy Young.

Most recently, Sanchez served as the CEO and co-founder of Say Media and was responsible for leading the company’s corporate strategy, which included developing Tempest, its publishing platform. Prior to this, Sanchez had co-founded advertising network VideoEgg, which became Say Media in 2010, following an acquisition of Six Apart.

Billboard magazine has a new top editor. Hannah Karp, who joined the music publication last year as its news director, was promoted to the role of editorial director—a position that sat vacant for over two years. Her hire follows the July departure of John Amato, the former chief executive of the Hollywood Reporter-Billboard Media Group. Prior to joining Billboard, Karp was a staff reporter for The Wall Street Journal for over a decade, covering the music industry. 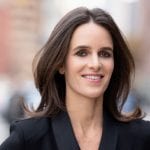 Out magazine tapped Raquel Willis as its new executive editor, based in New York. Willis is a writer and an activist and her work has appeared on a variety of sites including Buzzfeed, HuffPost, PRIDE, Quartz, The Root and VICE. Willis also recently named a was named a Jack Jones Literary Arts Sylvia Rivera Fellow and formerly had served as a national organizer for the Transgender Law Center.

Michael Schneider is returning to Variety full time as its senior editor for TV awards starting on Jan. 1. He spent the past two years serving as the executive editor of IndieWire, where he helped expand the site’s coverage of the television industry, while also serving as Variety’s editor-at-large in tandem. And before that, he served as the chief content officer for TV Guide, where he helped launch the website TV Insider. 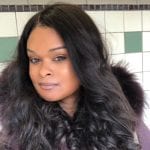 In his new role, Schneider will report directly to executive editor of TV, Daniel Holloway and will work alongside Danielle Turchiano, who was recently promoted to senior features editor of TV and is tasked with focusing on content strategy for TV-related features and publication of television-focused special editions.

Meghan O’Rourke was selected as the next editor of the Yale Review and will begin her new role on the 200th anniversary of the quarterly’s founding on July 1, 2019.  A graduate of Yale, O’Rourke is bringing years of experience as an editor to the job having served as a fiction and nonfiction editor at The New Yorker, followed by culture editor and literary critic at Slate, and most recently, poetry editor and advisory editor for The Paris Review. 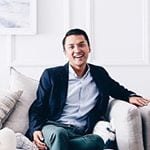 Benjamin Reynaert was tapped as the senior style and market editor for Architectural Digest’s AD Pro, staring on Jan. 7. He will report to executive director of digital Keith Pollock. Reynaert joins the magazine from the Hearst Design Group where he served as the design and market editor for Elle Decor, House Beautiful and Veranda.

Longtime reporter Matthew Herper announced that he is leaving Forbes after 18 years, where he covered science and medicine, to join Stat as a senior writer covering medicine. He begins this new role in January.

Editor-in-chief of Indulge magazine, Evan Benn, is leaving the Miami Herald’s luxury lifestyle magazine to join The Philadelphia Inquirer as its first director of editorial marketing. In this new role, Benn will be tasked with amplifying the work of the paper’s journalists and accelerating the media company’s traffic- and revenue-driving efforts, including in events and niche special sections.

Pooja Malpani was tapped as Bloomberg Media’s new head of consumer of Web, Media & Marketing Engineering group. Reporting to head of internal systems and web applications Andrew Ely, Malpani will be leading the team responsible for Bloomberg.com, consumer mobile apps, and the systems that deliver news, data, audio and video to consumers and syndication partners, in addition to other marketing and Philanthropies sites.

Most recently, Malpani was at HBO where she served as its senior engineering manager and oversaw the Purchase and Identity Engineering team, which was responsible for the network’s streaming products. 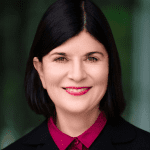 The National Geographic Society has tapped Dr. Vicki Phillips as its chief education officer, a new role for the organization. Starting on Jan. 21, Dr. Phillips will be tasked with leading the Society’s education agenda, both nationally and internationally, which includes student experiences, classroom resources, and professional development opportunities for educators.

Most recently, Dr. Phillips served as the superintendent of the School District of Lancaster in Lancaster, Pennsylvania, and of the Portland Public Schools in Portland, Oregon, and had previously served as the secretary of education for the state of Pennsylvania and as chief state school officer under Gov. Ed Rendell.

Konstantin Kakaes and Bobbie Johnson are now commissioning editors for the MIT Technology Review. They will be tasked with finding freelance writers for the publication’s themed issues and web features. Kakaes most recently served as a fellow at the New America Foundation and Johnson joins MIT Tech from Anxy, a mental health magazine, where he served as EIC.

Michael Arndt, who resigned last month from his post as editor of Crain’s Chicago Business, was tapped as the executive editor of the editorial team for public relations and marketing firm Edelman Chicago, effective immediately.

Ella Cerón announced that she is joining The Cut as a blogger in addition to freelancing for other titles. Cerón most recently served as Teen Vogue’s deputy editor since 2015, but prior to that, she served as The Cut’s social media editor.

Vaughn Vreeland is joining the New York Times as a senior video journalist for NYT Cooking. Vreeland was most recently with BuzzFeed Tasty where he produced shows and in his new role, he will be tasked with using video to grow the engagement with NYT Cooking‘s recipes and food-related journalism, both on and off the platform. Starting on Dec. 17, Vreeland will report to executive video producer Scott Loitsch.