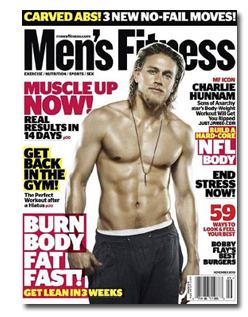 Despite its many efforts over the years, American Media Inc. ultimately has been unable to manage significant debt load. The company this morning said it is moving toward filing a prepackaged Chapter 11 bankruptcy plan in order to “significantly de-lever” its balance sheet.

The company did not immediately indicate how much debt the financial restructuring would eliminate. An AMI spokesperson tells FOLIO: the company is not releasing any further details about the restructuring.

So far, roughly 80 percent of AMI’s bondholders have agreed to the terms of the financial restructuring, which revolves around a debt-for-equity swap. Once AMI secures the requisite percentage of bondholder approval it says it will file its Chapter 11 plan and expect to emerge within 60 days after filing.

The reorganization should not affect American Media’s operations,” AMI chairman, president and CEO David Pecker says in a statement announcing the Chapter 11 plans. “Publications will function seamlessly, staff will be unaffected by the reorganization and customers should not notice any difference during the 60 day process.”

In announcing the financial restructuring plan, AMI also said it terminated a previous offer to exchange its outstanding 14 percent senior subordinated notes due 2013 for a combination of cash and shares of common stock. The process had been extended several times over the last several weeks past its initial deadline.

Last July, AMI underwent a financial restructuring that it said cut its debt by $200 million by exchanging AMI’s bonds for equity in the form of AMI common stock. Following that transaction, AMI said its leverage will be reduced from 7.2X to 5.1X and that the company will have an extra $50 million in free cash flow on a pro forma basis.

That deal followed a similar one in February 2009 that had the publisher transfer ownership of 95 percent of its common stock to bondholders, effectively slashing its debt by $227.2 million.

Pecker and Evercore Partners bought American Media in 1999 for $850 million. Evercore, together with Thomas H. Lee Partners, were the principal shareholders.