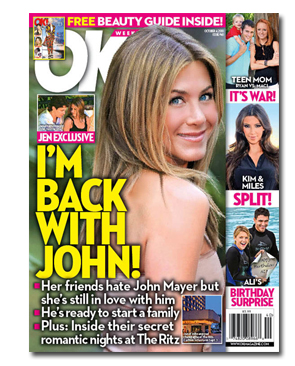 After a month of speculation and reports of bids from Time Inc., American Media, Inc. announces it has purchased the U.S. edition of OK! Magazine from Northern & Shell.

David Pecker, president, chairman and CEO of AMI, says in a press statement that this acquisition, “increases our market share in newsstand unit sales from 30 percent to 36 percent. It also allows us to offer our advertisers a wider range of celebrity coverage…”

Earlier this month, there were reports that Time Inc. was offering Northern & Shell between $30 and $35 million for the mag. OK! debuted in the U.S. in 2005, and is reported to be posting significant losses (reported at $700,000 per issue).

Reed Phillips of media brokerage firm DeSilva and Phillips tells FOLIO: there are two ways this deal likely transpired, "One is to pay hardly anything essentially at closing, and make the most of payment based on an earn-out, where if AMI was succesful at reducing the losses and eventually becoming profitable, they would then start to share the profitability with the seller. That’s the most likely way."

Phillips says the other way may be to pay for the company outright, and owe no earn-out.

In reference to Time Inc.’s reported bid, Phillips believes AMI wouldn’t pay more than half of the $30-35 million, most likely plateauing at an offer of $15 million, "They probably wouldn’t pay any more than that, because they could start their own title with that amount of money."

AMI came out of bankruptcy at the end of 2010 eager to buy, with pubs such as Maxim on its list.