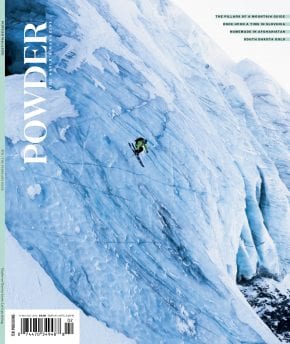 National Enquirer publisher American Media has acquired TEN: Publishing’s Adventure Sports Network, a group of 14 action sports brands, including Bike, Powder and Surfer magazines as well as the Dew Tour event series. Terms of the deal have not been disclosed.

The move is the latest in a string of recent acquisitions for American Media, which has now bolstered its portfolio with nearly 30 additional magazines since early 2017. It bought Wenner Media titles Us Weekly and Men’s Journal in two separate 2017 deals, and then a handful of tabloids and teen titles, including In Touch and Life & Style, from Bauer Media last June.

An announcement cited synergies with Men’s Journal—which merged with its former competitor Men’s Fitness last year after being acquired by American Media—as a reason for buying the magazines, which will join that brand as well as Muscle & Fitness and Muscle & Fitness Hers as part of American Media’s Active Lifestyle Group of titles.

“Focused on deep passion and engagement from their readership,” said Men’s Journal chief content officer Greg Emmanuel, the magazines “are an extraordinary complement.”

The acquisition comes less than a month after the company—which had been doing business as American Media, Inc. but changed to an LLC after its parent company acquired TNG and Comag late last year—announced that it had raised $460 million to refinance of its outstanding debt despite an onslaught of negative publicity surrounding the Enquirer and CEO David Pecker.

“ASN has built a portfolio of the most enduring brands in the adventure sports media landscape,” added Norb Garrett, president of the Adventure Sports Network at TEN. “Under American Media’s leadership, we will continue to grow our multi-platform reach across digital, social, print, and experiential events.”

TEN: Publishing’s parent company, The Enthusiast Network, sold a majority stake in itself to Discovery Communications in 2017 and rebranded the joint venture as Motor Trend Group. Moving forward, it said it plans to focus on its suite of automotive titles, which includes Motor Trend as well as Automobile and Hot Rod magazines, among others.

As with the Us Weekly deal, law firm Cole Schotz P.C. acted as legal counsel to American Media. TEN: Publishing was advised by M&A firm The Raine Group, with Latham & Watkins LLP as legal counsel.