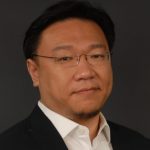 Li arrives at ALM from Valence Marketing Infrastructure, the martech consulting firm he co-founded in 2018, and brings prior experience as VP of digital platforms at News Corp. subsidiary News America Marketing, head of e-commerce at Coach and L’Oréal and IT Leader at GE Capital.

“Jimi has proven expertise in digital information infrastructure and product development,” said Bill Carter, ALM’s president and CEO, in a statement. “I expect he will quickly contribute to revenue growth in our three business units: information services, marketing services and events.” 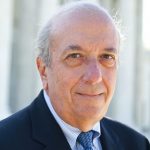 Following earlier stops at Gannett News Service and USA Today, Mauro joined ALM in 2000 as a reporter for Legal Week, becoming the Supreme Court correspondent for The National Law Journal upon the merger of the two publications in 2009. He has written numerous books on the Supreme Court, serves as a senior advisor to the Reporters Committee for Freedom of the Press and was inducted into the National Freedom of Information Hall of Fame in 2011.

“Tony has been a shining star for ALM: a beacon of journalistic excellence who has helped lay the foundation for what we’ve built as a news organization and a role model for our reporters and editors to emulate,” said Law.com editor-in-chief Hank Grezlak in a statement.

In his honor, ALM announced that it has established the Tony Mauro Media Lawyer Award, which it says will be given annually to a lawyers who “have taken the lead in protecting press freedom—whether they are litigating for access to court or other government documents or institutions or defending individual journalists and media organizations.”

Mauro adds that he plans to contribute occasional Supreme Court stories to ALM in his retirement. 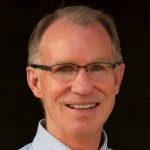 Veteran Sports Illustrated writer Tim Layden stepped down from his role and departed the magazine after 25 years this week. After earlier stops at the Albany Times Union and Newsday, Layden had been with SI since 1994, primarily covering football and horse racing.

“It is fully my decision to move on, and it was made long before either of the two recent sales involving the SI brand,” wrote Layden in a statement released on Twitter. “I am retiring from Sports Illustrated, but I am not retiring.”

Gabriella Paiella, a senior writer at New York magazine’s The Cut, has moved over to Condé Nast where she’ll take on the role of culture writer for GQ. Paiella spent three years with The Cut, originally joining as a staff writer in 2016.

Former ALM exec Gene Bishop departed the company last month to join IDG Communications as Global CIO. In this role, Bishop will be responsible for technology and IT infrastructure across the company’s portfolio, which includes CIO magazine, Computerworld, Macworld and PCWorld, among others. After a lengthy career at Dow Jones and The Wall Street Journal, Bishop spent 12 years at ALM, most recently as VP of technology. 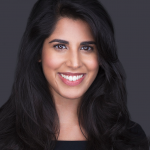 Meredith Corp. has hired Farah Zaman as chief privacy officer, a newly created position responsible for overseeing data privacy compliance, education and protection across the company and reporting to chief development officer and general counsel John Zieser. Zaman arrives from Colgate-Palmolive, where she’s spent the past year-and-a-half senior global data privacy counsel, and prior to that was senior counsel, privacy at Nielsen.

“Protecting our consumers’ privacy and data is a major priority for Meredith,” said Zieser in a statement. “Farah is passionate about data privacy and we are very fortunate to have someone with her expertise join the Meredith team.”

The Atlantic has brought in Linzee Troubh as development director, a newly created position that will involve overseeing the development of scripted and unscripted film and TV projects. The hire comes about a month after the 161-year-old magazine announced a first-look agreement with production company Anonymous Content regarding any potential films, documentaries, TV shows and podcasts based on The Altantic‘s journalism.

Troubh—who the magazine says will work to identify past reporting that might lend itself to such projects and will then be involved in the development of any materials optioned through the agreement—arrives from Buzzfeed, where she was part of the team that produced a 20-episode documentary series following that outlet’s reporters, which was picked up by Netflix last year. 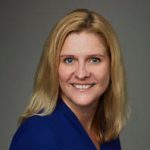 Questex announced that it has hired Rhiannon James as group president of its pharma and technology brands. James arrives from Industrial Exchange, an annual conference for middle-market industrial companies and private-equity investors, which she co-founded last year.

“With exceptional experience in B2B information services, Rhiannon will help us grow our events and digital business through organic growth, data and the acquisition of new capabilities and assets,” said Questex CEO Paul Miller in a statement. “Rhiannon’s skill set is a perfect addition to Questex as we transform our business for the future.” 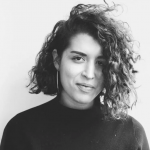 A week after its acquisition by Houston billionaire Randa Duncan Williams, Texas Monthly announced that Paula Mejía has joined the magazine as culture editor. A Houston native, Mejía previously served as an associate editor at Atlas Obscura, a reporter for Newsweek, and has been a freelance contributor to The New Yorker, T: The New York Times Style Magazine, Pitchfork, Rolling Stone and The Village Voice, among other publications.

Mejía is the latest in a series of additions to Texas Monthly‘s editorial ranks since April:

Julia Fioretti—who has spent the past six years with Reuters, most recently as Asia capital markets correspondent—announced that she’s headed to Bloomberg, where she will cover equity capital markets in Asia and remain based in Hong Kong.

Mashable‘s deputy tech editor, Michael Nuñez, is joining Forbes as an associate editor, covering Facebook and social media, according to a Tweet. Nuñez had been at Mashable since 2017, following earlier stops at Gizmodo, Popular Science and Newsweek.

Sahil Patel, media editor at Digiday, announced that he’s moving over to The Wall Street Journal in an unspecified role.