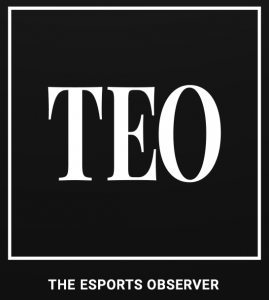 Within the newly formed group, ACBJ properties Sports Business Journal and Sports Business Daily will be joined by sports industry conference organizer Leaders, as well as The Esports Observer and gaming analytics firm Newzoo—the latter two of which were acquired by Advance last October.

Heading up the new group as CEO will be Warren Thune, who arrives from Gartner (formerly CEB), where he spent the past 14 years, most recently serving as group president, SaaS and technology-enabled services.

“By combining our media, events and analytics holdings under a single corporate entity, we will be able to more effectively serve a customer base that is increasingly trying to understand how to best operate in a more technologically connected sports and entertainment ecosystem,” said ACBJ president and CEO Whitney Shaw in a statement. 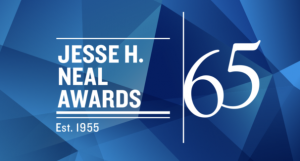 SourceMedia’s The American Banker took home top honors at this month’s Neal Awards, earning the Grand Neal for “Nobody’s Home,” a 10-part podcast series by reporter John Heltman on housing blight and its impact on communities around the country.

Heltman also won in the “best range of work by a single author” category and was named the 2019 recipient of the McAllister Fellowship at Northwestern’s Medill School of Journalism.

See the full list of winners and finalists here. 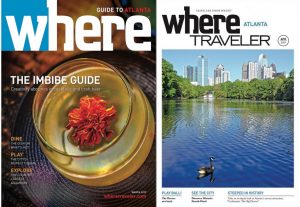 Morris Media Network has rebranded monthly tourist guide Where as Where Traveler, revamping the magazine’s look and feel across its dozens of monthly and quarterly regional editions distributed at resorts and hotels from Alaska to Sydney.

“With the April 2019 issue, we embark on a new adventure as Where takes on an updated design and a new name,” said company chairman William S. Morris III in a statement. “The publication—along with our lineup of platform extensions—continues our tradition of offering the best insider information about local markets, but with a dynamic new design that speaks to today’s traveler.”

A week after American Media, LLC revealed it was pursuing a sale of The National Enquirer in an effort to exit the tabloid business and focus on its celebrity, teen and fitness magazines, The Washington Post reports that it’s found a buyer.

Hudson News CEO James Cohen has reportedly reached a deal to buy the Enquirer, as well as Globe and the National Examiner, for $100 million.

“The decision to sell came after Anthony Melchiorre, the hedge fund manager whose firm controls AMI, became disillusioned with the reporting tactics of the Enquirer, which is overseen by David Pecker, Trump’s confidant dating back many years,” writes the Post‘s Sarah Ellison.