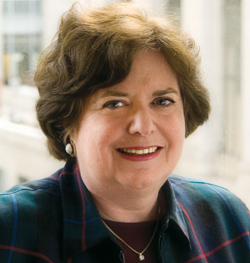 AIM’s other hire, announced concurrently with Paulsen’s onboarding and Fox’s promotion, was of Jason Brown who will work in the newly created position of vice president and general manger of digital. The former chief digital offer at George Little Management, where he managed all digital initiatives for GLM Shows including websites, databases and the launch of the 365 platform, is now charged with leading the company’s development of multimedia platforms, audience and new corporate revenue models.

“AIM has doubled in size in the past five years,” says Andy Clurman, AIM president and COO, in a statement. “We’re thrilled to have Pat Fox increase her critical role in building AIM’s domestic and international presence across all platforms and equally thrilled to have Kim and Jason—two phenomenal executives—join us as we position the company for our next growth phase.”