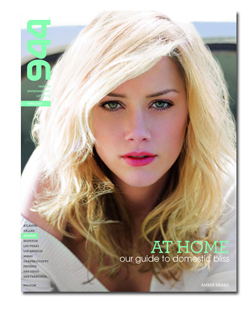 However, Sandow Media, which bought publisher 944 Media in February for a reported $1.3 million, suggests that the Las Vegas edition of 944 will become part of a recently formed partnership with Wendoh Media to produce a new guide for Las Vegas.

However, the wheels came off in 2010 for the self-proclaimed "largest regional lifestyle media company" with 944 Media filing for Chapter 11 in the face of several lawsuits against the publisher, including one filed in March 2009 by California-based Explosive Productions LLC over a Super Bowl partnership to create a "Super Village" that alleged 944 kept sponsorship money for itself while giving away thousands of tickets (including more than $1 million in VIP tickets to "potential magazine models") and selling fewer than 1,000 tickets.

The lawsuit also claimed a "racial bias" in which 944 refused to market the event to Hispanic audiences on Spanish language radio. Lawsuit documents included e-mails from 944’s business development manager stating, "We can’t promote on Spanish radio unless you want to kill this event entirely on Sat. night. We will have a bunch of gang bangers and get shut down."