2008 Regional Magazine Survey
Print titles flourish but the category lags on the digital side.

Spurred by a low barrier to entry—including low-cost self-publishing systems and, in many cases, door-to-door distribution—the city and regional magazine category continues to grow, with not just cities but even regions and small towns supporting multiple titles vying for the same readership and often the same ad dollars. Even when one title stumbles, another is there to pop up and take its place. Regional titles are even starting to develop franchise programs, as evidenced by the success of the Edibles franchise, which enables entrepreneurs to buy into a program that produces local food titles around the country in markets ranging from Boston and San Francisco to Shasta Butte. Folio:’s third annual City and Regional Publishing Survey finds a group that continues to flourish—from large urban markets to suburbs and small towns—even as competition grows rapidly and even though they are largely focused on print. However, there is increasing concern that city and regional publishers aren’t doing enough to go beyond their traditional print role. 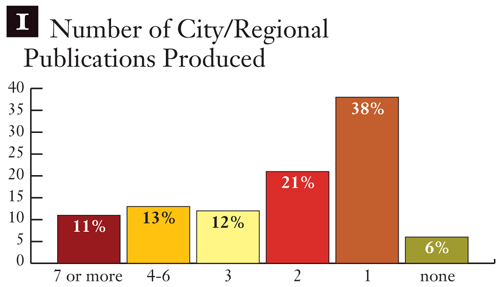 Circulation varies widely but remains small compared to mass market and even many enthusiast publications. The majority, in this case 30 percent, say their organization’s smallest title has a circulation of between 20,000 and 39,999. Given that the majority of city and regional publishers are still one-title publishers, 28 percent of respondents also said their largest title has circulation of 20,000 to 39,999. Twenty-two percent say their smallest title’s circulation is between 10,000 and 19,999 and 17 percent say it’s between 40,000 and 59,999. 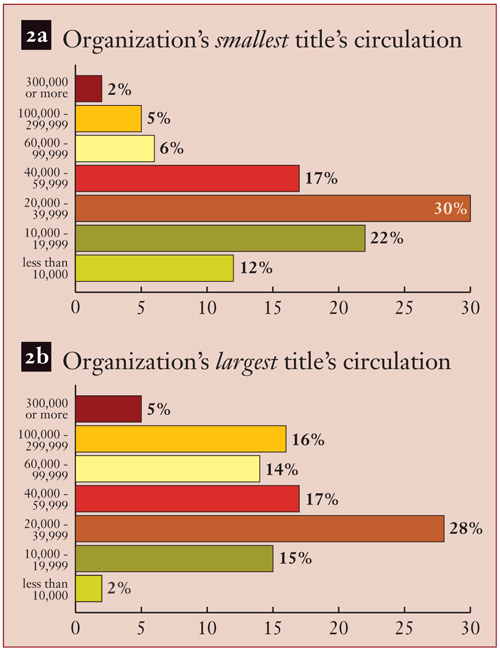 While print titles at large remain flat in terms of revenue growth, 53 percent of city and regional publishers say they expect their revenue to increase compared to what it was three years ago, with 26 percent saying it should be up between 10 percent and 29 percent while 11 percent say revenue will be up by 50 percent or more this year compared to 2005 [Table 4]. Fourteen percent of respondents say they expect 2008 revenue to be about the same as it was in 2005, while 11 percent say revenue will actually drop in 2008 compared to 2005, and a significant 6 percent of those respondents say it will fall by 10 percent or more. 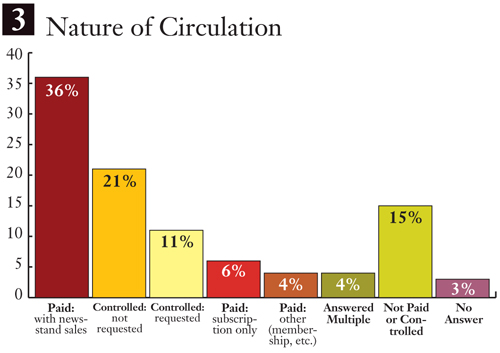 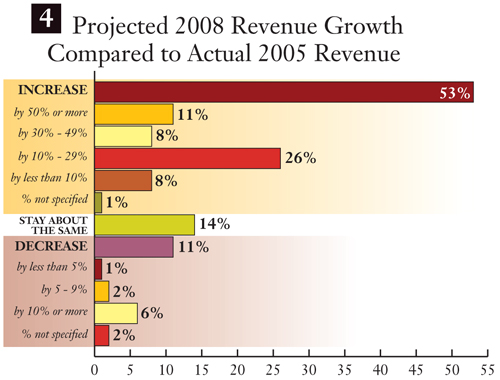 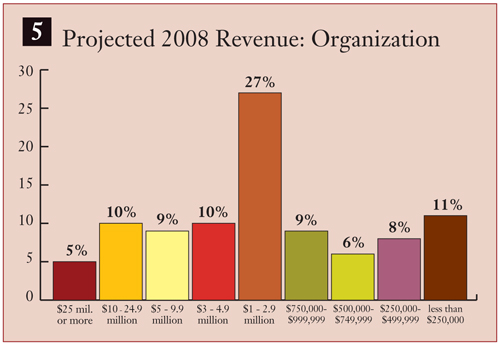 But even as most city and regional publishers are focused on one title, others are turning to spin-offs and ancillary publications to grow. “Almost all city and regional magazine publishers are now looking to expand,” says Chris Schulz, formerly vice president and publisher at Freedom Specialty Media, which publishes Coast and other titles. “With the core product, your growth is going to slow. Your only chance to grow is to provide new products. In the old days, that could be as simple as a special section—if that was successful, you could spin it off into its own publication. The challenge is with how to staff it and sell it. If it’s a publication with annual or quarterly frequency, you can’t afford a separate staff—the economics don’t add up. You end up having the same staff stretched a little thinner and that pressures all aspects of the business—editorial, advertising, circulation, etc.” 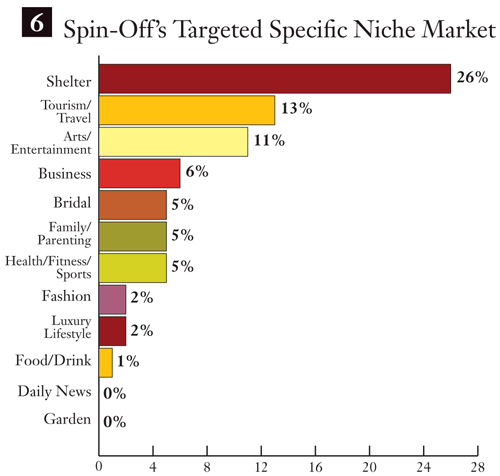 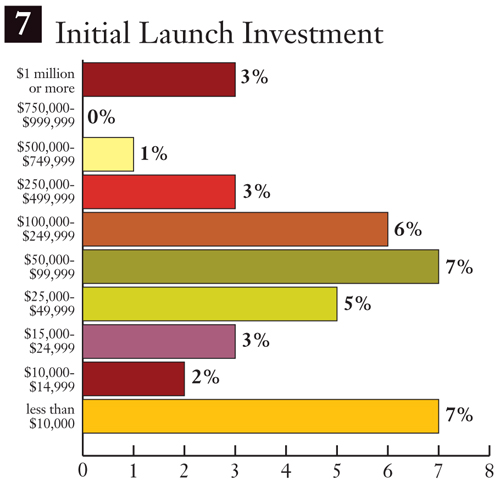 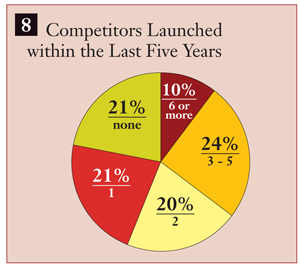 The majority of city and regional spin-offs remain focused on the Shelter category [Table 6]. Thirteen percent of respondents were focused on Tourism/Travel, while 11 percent produced spin-offs for Arts/Entertainment (Renaissance Publishing launched a magazine called On Stage, which covers performing arts in the New Orleans area). Berkshire Living has launched two spin-off titles in BBQ: Berkshire Business Quarterly and Berkshire Home & Garden. “We’re selling an idea that you’re buying a demographic with Berkshire Living and you can achieve that through multiple levels of platforms,” says publisher Michael Zivyak.

Just 6 percent of respondents say they’ve launched spin-offs focused on business for the local market, while 5 percent say they offer spin-offs for the bridal market. 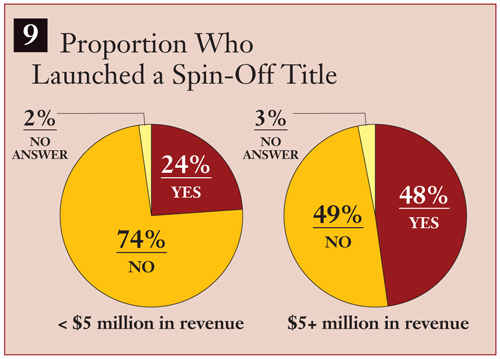 Most spin-offs seem to get off to a slow start. Twenty-percent of respondents say their spin-off generates between $50,000 and $99,999 in revenue while 18 percent say spin-offs net them between $100,000 and $249,000 [Table 10]. The small numbers reflect the large number of one-off ancillaries the city and regional market produces (7 percent say their spin-off generates less than $25,000). 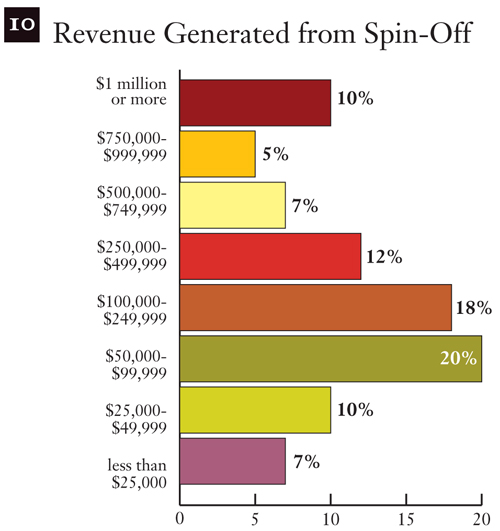 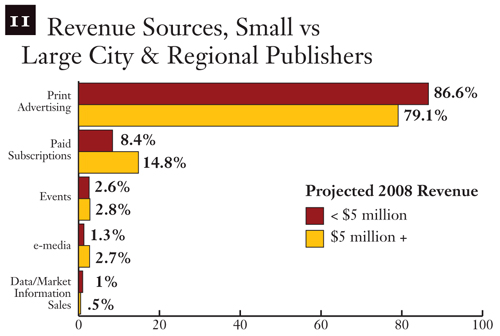 Methodology
The survey sample of 906 was selected from Folio: subscribers who classified their company’s primary focus as city/regional publishing. Readex Research collected data from February 28 to April 10, 2007. The survey closed for tabulation with 246 usable responses—a 33% response rate. The margin of error is ±5.3% at the 95% confidence level.