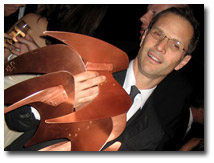 Every year, it seems, is another wild year for magazines. 2007 was no different. We had a generous serving of launches both high profile (Portfolio is here! Portfolio is here!) and low (Cocktail Weekly); some executive shuffling (the celebrated Cam Bishop out at Ascend); billion-dollar deals (two in a 45-minute span in December); requisite print shutterings (Goodbye Infoworld! Adios, Premiere!); and a supermodel whose trouble with a teleprompter nearly derailed a “Magabrand” luncheon designed to celebrate what launched her career in the first place: magazine covers.

The highlights and lowlights of another predictably unpredictable year:

Adam Moss, New York magazine’s editor, cleans house at the 2007 National Magazine Awards, snagging five Ellies. The evening is otherwise notable for Vanity Fair editor Graydon Carter’s acceptance speech during which he refers to the M.I.A. Christopher Hitchens’ nether-regions: “The back, the crack and the sack.” 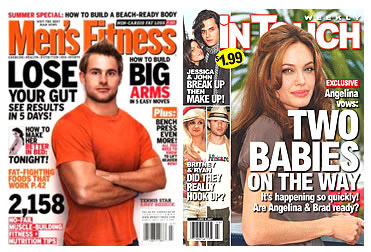 Men’s Fitness puts tennis player Andy Roddick on its cover, and promptly gives him Rafael Nadal’s biceps. Roddick writes on his blog: “Little did I know I have 22 inch guns and a disappearing birth mark on my right arm. I saw the cover for the first time when I landed after Rome. I walked by the newsstand in the airport and did a total double take. I can barely figure out how to work the red-eye tool on my digital camera. Whoever did this has mad skills.” Furious, design consultant Mary Anne Bulter resigns. Meanwhile, In Touch photoshops Angelina Jolie’s arms on its cover. Editor Richard Spencer is unapologetic: "You’re right, we softened those veins. The arm was very, very veiny … I think they can forgive it for the cover—unless it is a story specifically about their body. This was about her plans to expand her family."

PC World editor Harry McCracken resigns after new PC World CEO Colin Crawford reportedly nixes an opinion piece called “Ten Things We Hate About Apple.” McCracken returns to his position a week later. Crawford is removed as CEO and is returned to his pre-CEO position as EVP of online. 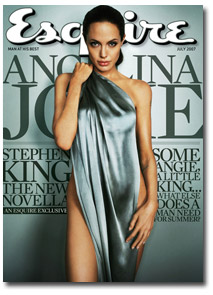 In a massive restructuring, CMP closes three magazines, lays off 200 and refocuses efforts on digital media.

To combat rising postal rates, The Nation asks its readers for a half-million dollars. They oblige. Eventually.

In the span of a week, Summit Business Media acquires the $33 million Wicks Business Information and the $15 million Agent Media.

Jane magazine folds. The magazine’s exiled namesake and founder, does not hide her disdain for the magazine’s direction under editor Brandon Holley, who took over after Pratt was reportedly forced out.

Mediabistro.com, on and off the block for over a year, is sold to Internet.com owner Jupiter Media for the shockingly high price of $23 million.

Hearst pays over $100 million for UGO.com, an online entertainment site that caters to the coveted 18-to-34-year-old male demographic. 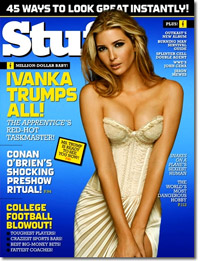 NEXT UP:
Friday, Dec. 27: September-December